As the number of artists exploring livestreams at scale grows, so there’s going to be a need for decent infrastructure around that.

One example is being announced today, by live-tech firm Push. It’s a tool called Push Live Unlimited, which helps artists who want to broadcast on a number of platforms at once – for example, Facebook, YouTube, Twitch, TikTok and Twitter.

The new service has been in testing this past few months: for example, Insomniac’s EDC Mexico used it for a three-day online dance festival, with 87 different livestreams across artists’ and partners’ channels. 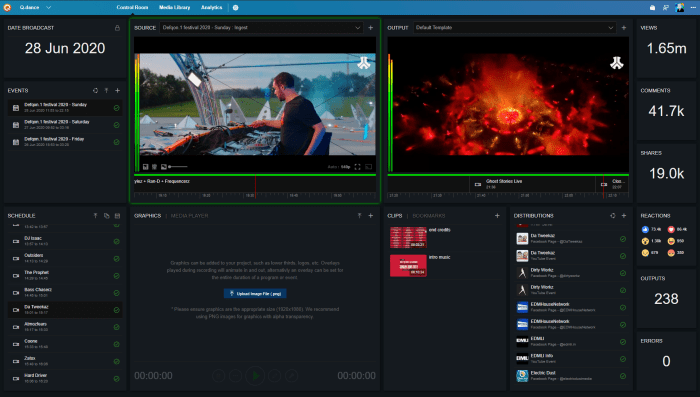 “Our technology empowers a new world of co-hosted content, engaging audiences via the channels they know and trust, with streams that are customised to their taste, behaviour and demographic,” promised chief innovation officer Phil Tucker.