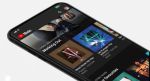 As it prepares for a migration of users from Google Play Music, YouTube Music’s team have been talking about some of their recent improvements to playlists on the service. That includes assistive playlists, with YouTube suggesting songs to add to a playlist based on its title, the songs already in the playlist, and the user’s listening history. […]