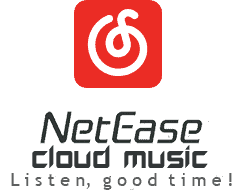 Chinese e-commerce company and Tencent rival NetEase has launched an IPO on a Hong Kong stock exchange in a bid to raise $2.8 billion.

According to the Financial Times, the listing will be secondary for NetEase, which has traded on the Nasdaq since 2000.

A share price for the IPO has yet to be set but, according to CNN Business, is likely to be announced on Friday.

NetEase is the parent company of NetEase Cloud Music, the principal rival of Tencent Music in Chinese streaming markets, with more than 800 million registered users at the end of 2019 according to financial filings.

In a letter to investors, NetEase CEO William Ding said the company wants to use the capital to expand the company’s web services, particularly its online gaming division to international markets, including Japan, the U.S. and Southeast Asia.

NetEase is expected to begin trading in Hong Kong on June 11.