Since Windows was first released, people have been modifying variants of the world-famous operating system to better fit their individual requirements.

Many of these tweaks can be carried out using tools provided within the software itself but the recently-released Ninjutsu OS aims to take Windows 10 modding to a whole new level.

Released on May 7, Ninjutsu OS claims to take Windows 10 and transform it into a penetration testing powerhouse, adding huge numbers of tools (around 800) aimed at security experts, a few for regular users (qBitTorrent and Tor Browser, for example) while also removing features considered unwanted or unneeded in such an environment.

As the image below shows, Ninjutsu’s appearance is striking and is likely to appeal to the target audience. 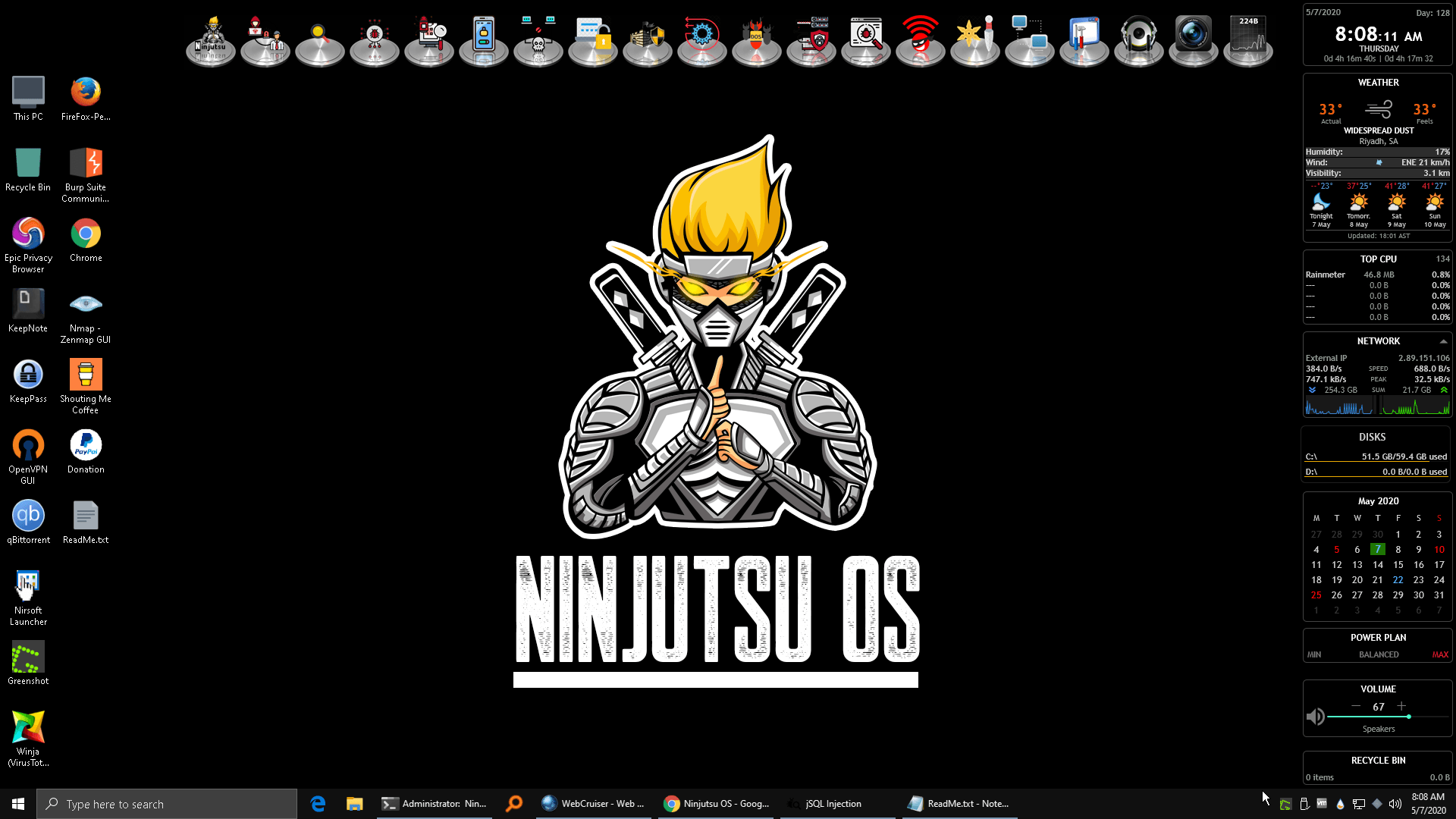 From June 6, 2020, the project was hosted on Github but according to a DMCA complaint filed by the Business Software Alliance (BSA) on behalf of Microsoft, Ninjutsu OS violates Microsoft’s copyrights.

“BSA has determined that GitHub.com (specifically, content made available on GitHub through the link listed below) is providing access to copyrighted, nonpublic, proprietary information of our member Microsoft,” the complaint reads.

While that link to the project has now been taken down by Github (Hasan insists that the page “does not contain any violation of Microsoft’s rights”), the complaint goes on to highlight several features of Ninjutsu OS that are claimed to be infringing. As advertised and specifically highlighted by BSA/Microsoft they are:

– Disable many of the annoying features built into Windows.

– Remove/Disable many Windows programs and services.

According to the complaint, the above actions by Ninjutsu OS as mentioned on its Github page provide a “work around technical restrictions of the software”, something which supposedly violates Microsoft’s software license terms.

“As such, we request that you please act expeditiously to remove or disable access to the specific pages/links described above, and thereby prevent the illegal reproduction and distribution of Microsoft content, via your company’s network, pursuant to 17 U.S.C. §512(d),” the DMCA complaint adds.

At first view, some may conclude that Ninjutsu OS amounts to a heavily modified yet pirated version of Windows 10. However, a video explaining how the software works suggests that users will actually need their own license for a genuine copy of Windows 10 to get the modifications up and running properly. Ninjutsu’s creator informs TF that’s indeed the case.

There may be workarounds, of course, but BSA/Microsoft’s complaint appears to be centered around the unauthorized tweaking or wholesale removal/disabling of Windows 10 components, rather than copying its content. While there may be more going on here, at no point during the complaint does it provide details on which Microsoft content has been reproduced.

Ninjutsu’s developer informs us that the ability to tweak, disable or remove features in Windows 10 is carried out using two tools – Win10-Initial-Setup-Script and O&O ShutUp10, with the latter billing itself as a tool allowing users to “decide how Windows 10 should respect your privacy by deciding which unwanted functions should be deactivated.”

At the time of writing Ninjutsu’s Patreon page is still functional but a link to download the tool using torrents via Yandex hosting is now down and displaying a ‘Link Blocked‘ message.