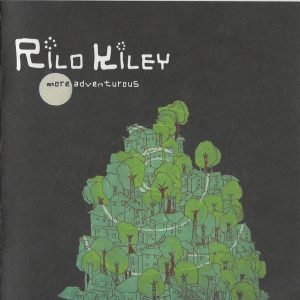 And then there’s “Portions For Foxes,” one of the greatest songs of the 21st century, a soaring ode to self-loathing, bad relationships and casual sex that once again piles hook upon hook upon hook.

Over a ringing guitar and a straightforward beat, Jenny Lewis sets the scene:

That’s just a fucking amazing lyric, right there. And it’s followed the chorus — no dicking around this time, go straight to the good stuff.

As she sings how she’s “bad news,” Jenny Lewis sounds like she’s simultaneously resigned to and defiant about being said news. Like she can’t do anything about it, and, actually doesn’t really want to. After all, we’re all gonna die anyways, so why not stick out this bad relationship.

I mean the reasons are obvious, right down to the fact that he’s cheating on her. And yet, somehow it doesn’t matter, because maybe she thinks she doesn’t deserve any more. Meanwhile the guitars are ringing and squealing and the keyboards sound like distant bells, and we somehow can all relate and sing along with the extended chorus that ends it.

Like “It’s A Hit,” “Portions For Foxes” wasn’t ever a hit, but unlike “It’s A Hit,” there is no earthly reason why this song wasn’t a top ten single, at least. I mean outside of the fact that gorgeous soaring indie rock was already on its way out, we just didn’t know it yet?