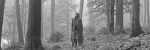 Taylor Swift's new album 'Folklore' may have been a surprise release, but its popularity is entirely unsurprising. According to Republic Records, the album sold more than 1.3m copies in its first 24 hours, and was streamed 80.6m times on Spotify and 35.5m times on Apple Music.

Critical acclaim has been flooding in for the album, while the D2C strategy is already into its next phase: a phone stand, hair ties and bandana are the latest items up for grabs on her store.

Global sales are good, but we think there's an even more interesting story in how 'Folklore' is being sold in China, on streaming service NetEase Cloud Music.

The post Taylor Swift Folklore made $1.2m in three days… from one Chinese DSP appeared first on Music Ally.