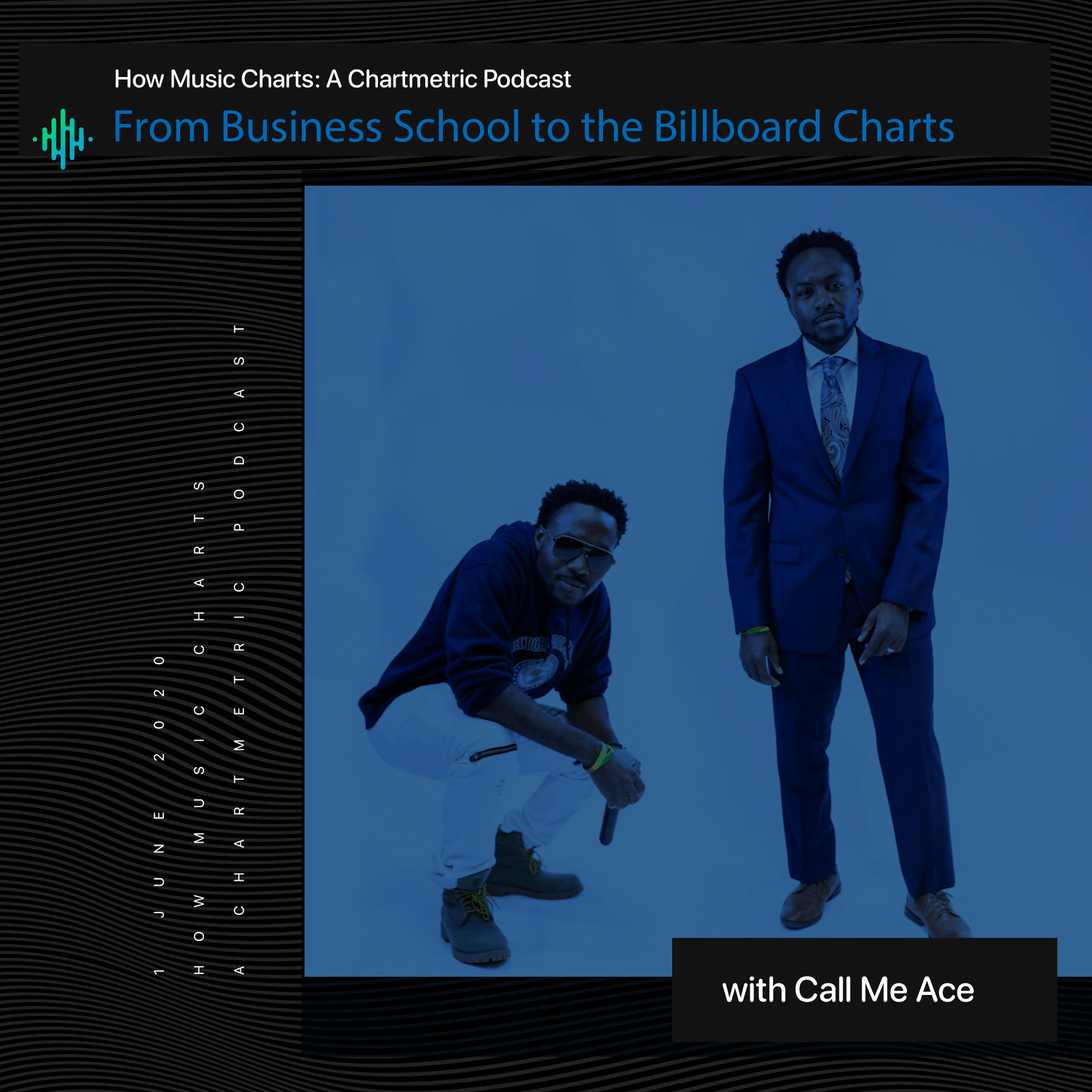 From Business School To Billboard Charts With Rapper Call Me Ace

Columbia/UC Berkeley MBA graduate, and tech industry veteran and ex-Deloitte consultant Call Me Ace has, in addition to his prolific business pursuits, also been releasing music the entire time, and recently hit the Billboard charts following the release of his ’19 album Airplane Mode. In this piece, he shares how he utilizes music data every day.

“See data as the way to tell the story about yourself that you already believe…. Data helps you prove that story…. It helps to build the credibility that you believe you deserve. Don’t run away from it…. Don’t idolize it, but just use it as part of your story.” — Call Me Ace

Call Me Ace is a rapper who draws a unique line through his artistry, music data, and the corporate grind. Born to Jamaican émigrés in Bridgeport, Connecticut, in 1989, Ace found himself studying Anthropology at Columbia University in New York City 18 years later.

At Columbia, he was the Co-Founder and President of the Columbia University Society of Hip-Hop, but after graduating in 2011, he turned to education, working as an operations analyst at Success Academy Charter Schools in New York City before setting his sights on business school.

In 2016, Ace graduated with an MBA from UC Berkeley’s Haas School of Business, releasing his first EP, Misinterpretations, the same year. As he transitioned from consulting at Deloitte to marketing at Facebook, he continued to release more music that explored his creative- and business-minded personas, eventually hitting the Billboard charts with his March 2019 album Airplane Mode.

Today, Ace works on the Creator & Artist Development team at YouTube as the Global Program Manager for Music Label Partnerships, and he just released his new EP, Working From Home.

Listen to From Business to the Billboard Charts With Rapper Call Me Ace on your favorite podcast listening platform here.

Call Me Ace has obviously led a unique path through the music world, but he also nearly abandoned it after Columbia … until a Tony Robbins-like friend gave him some life-changing advice.

“He was like, ‘Yo, you remember when you used to make music…. Can you do that anymore?’…. I’m about to graduate, had a consultant job lined up …’bout to get married, healthcare, no more ramen noodles…. He was like, ‘Yo, you should try to rap…. Everything you just said is the reason why you should, because it’d bring a completely different perspective than what you normally hear in the game.'”

His consultant days, however, gave him little time …

“And I went into my consulting job with an album in the pocket, figuring out, ‘When am I going to release this?’ Because now I’m working an 80-hour a week job, there’s no time to even breathe…. But I also want to rap now, I’m addicted again.”

… but his hard work paid off once Airplane Mode reached the Billboard charts in March 2019, and now, he looks back at that moment with wiser eyes.

“I saw the news while I was at work, they [Billboard] let you know on a Tuesday…. I don’t have a blueprint for what I’m doing…. John Legend used to be a consultant at BCG (Boston Consulting Group) before he got signed…. He did that for a year. I was consulting for two years, then Facebook for two years, and now I’m at YouTube…. OK, that’s not the blueprint [for me] either…. I’m creating the plane as I fly it.”

His advice to independent artists is to move with Marie Kondo-like efficiency.

“It’s another job, but it’s a job that I love…. Last night, I stayed up till 1 a.m. just making music, and that’s normal…. At the same time, finding ways to be efficient with your time, that’s the biggest thing…. I’ll try to work with some people, and they’ll just be in the studio and chill: I can’t do that…. A lot of my songs I’ll record in five minutes … because I have other things to do.”

“A lot of the behind the scenes, or how to do music business, was what I was fascinated about now…. I’ve had a mic in my hands since I was three years old … but the music business aspect of it…. What is an LLC? Tax implications? Publishing is different than the mechanicals, having masters…. This is what I did not know. How do you market it? Distribute it?”

… and he eventually started connecting data with how he moves in the music space.

“How do you prove the ROI of marketing? That’s always been the biggest conundrum…. And now, with data and being able to track certain things you put out…. How many people clicked it? You get to see, ‘Oh, this moved the needle, this is moving us forward, this is building our brand equity.'”

And, as it turns out, his Billboard chart appearance did not come by chance …

“I studied the Billboard methodology for how songs chart … all the different data points that they put in there…. [Pandora’s] Next Big Sound [has] a key metric that’s used in the computing process. Fam, I’m not even on Pandora! I should get on Pandora. I should get the metrics on Pandora to grow, cause that will help this stuff.”

… which shows tactically how you can actually make data work for you.

“Seeing the different metrics…. There’s the Pandora streams and seeing how people are discovering my music from different stations…. If it’s the Eminem radio or whatever, that should be a metric that I use in my YouTube videos, or IG [Instagram] targeting … folks that use music like this, so that way it can grow the Pandora streams. They also use Twitter mentions…. ‘Oh hey, I should use Twitter more…. Oh wow, they look at Wikipedia…. Thankfully, now I have a Wikipedia page…. Now, I’m a Promising Artist [in terms of Next Big Sound’s artist stages].'”

“If you have a bunch of fake followers that don’t interact with your content, then you obliterate your engagement rate, and your engagement rate is probably the most valuable asset you have on your social media platforms…. [My engagement rate] goes from 7 percent on an average day to 20-25 percent if I’m doing something super dope. For a male social media account that’s not half-naked all the time, that’s a big deal to me…. I don’t want to look poppin’…. I want to be poppin’!”

Listen to From Business to the Billboard Charts With Rapper Call Me Ace on your favorite podcast listening platform here.

If you’re interested in getting in touch with Ace, connect with him on Instagram and enroll in his High Grade Society.

Subscribe to have future insights delivered to your inbox when we publish, discover more insights@chartmetric.com, or share your own insights with us on our socials.