DJ Regard gets his own Regard Runner promotional game | Music Ally 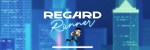 Music Ally last covered Kosovo-based artist DJ Regard in September 2019, when his 'Ride It' track became a TikTok-assisted viral hit. Now the artist, signed to Ministry of Sound, is getting his own casual game, Regard Runner, which can be played on mobile devices and computers alike.

Ministry commissioned digital agency The Creative Corporation to make the game, which is in the 'endless runner' genre. Players have to keep DJ Regard running (hence the title) across platforms that fall away as he goes, jumping over gaps and other obstacles.

Fans can also play tracks by the artist as you play if they sign in using Spotify, which like other marketing campaigns of this kind, gives Ministry of Sound and parent company Sony Music access to data including their email address, music recently played and saved to their library, top artists and playlists they have made and followed.

The post DJ Regard gets his own Regard Runner promotional game appeared first on Music Ally.