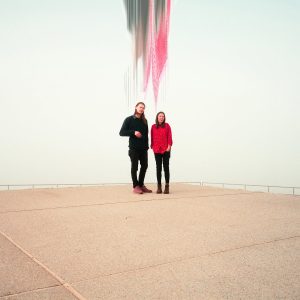 While the Chicago indie band Ratboys has been around since 2010, they didn’t come across my radar until their sophomore album 2017’s GN, which combined singer Julia Steiner’s winning vocals with guitarist Dave Stenger’s reliable folk-rock guitar.

GN was full of some really good songs, my favorites being “GM” and “Elvis is in the Freezer,” but it wasn’t until the title track of 2020’s Printer’s Devil where they totally blew me away with a song.

As you know, 2020 has been a bit of a shitshow: our country — and sometimes the entire world — lurching from one crisis to another like we’re on the shoulders of a blind idiot god, so it’s been harder than normal to focus on new music as hard as I might want to, but “Printer’s Devil” has broken through the fog and fear, and based upon the combination of that plus the alphabet means that it’s the first song of the 2020s that I’m writing about.

Anchored by a hypnotic what-sounds-like-an-organ over what-sounds-like-a-drum-machine, “Printer’s Devil” is a song that takes its damn time to build and build — Steiner pauses between each and every line, while Stenger adds colors except for when he doesn’t.

But build it does. Slowly but inexorably, ratcheting up the tension so steadily that you might not even notice that real drums have taken over or at least augmented the drum machine, and in the last part of the song, the guitars get noisier, the vocals get weirder and it builds and builds until it just stops.