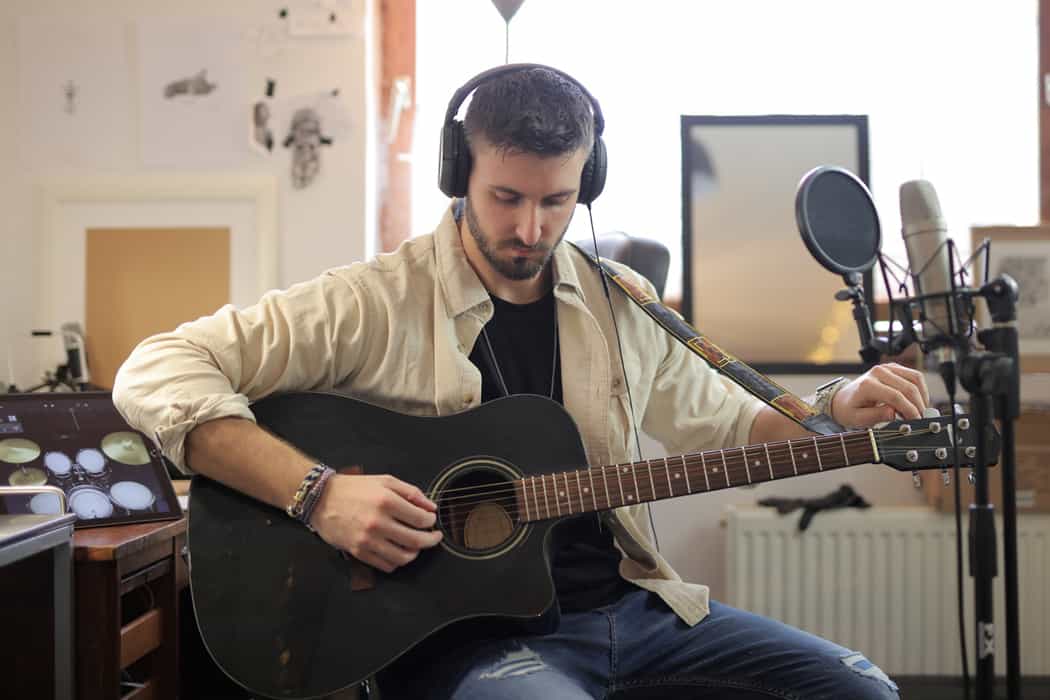 In this piece, Caleb J. Murphy breaks down why artist’s acoustic covers of their typically electronic songs are so enjoyable, and why it makes good business sense for artists to consider recording them.

One of my favorite Emily King albums is her acoustic record, Sides. For people who are fans of the soulful, R&B-inspired, singer-songwriter, this album simply feels brand new.

1. It’s a New Angle for Fans to Enjoy

Acoustic versions are awesome because they show your fans a completely new angle on the songs they already love. This is the most obvious reason to turn your electronic songs acoustic. It’s almost as if you’re sharing a new song with fans.

For example, Muse has a song called “Dig Down” that’s on their album Simulation Theory. And it sounds like what you’d expect from this band: pulsing synths, a rebellious-sounding chord progression, and a contagious beat.

But they also released an acoustic version of the song. And it’s a completely different song. It features acoustic guitar, piano, claps, and even a soulful gospel choir. Both versions stand on their own, even though they’re the same song.

2. It’s Not that Much Extra Work for You

Recording and releasing an acoustic version of your electronic song isn’t like releasing a brand new song. It doesn’t have to be a ton of extra work. You’re not starting from scratch. You already have a chord progression, song structures in place, a tempo and rhythmic structure you like, and possibly even some sampled parts from the original you can use and repurpose.

Try this: record your acoustic instrument (usually acoustic guitar or piano) along with the original version. Then mute everything but that instrument and the vocals, then start recording new parts or adding in parts from the original.

Not only is it less work than creating a new song, but it’s also super fun to repurpose your song, and imagine a whole new way of presenting it.

+ Learn production, composition, songwriting, theory, arranging, mixing, and more —  whenever you want and wherever you are. Subscribe for unlimited access!

Because acoustic versions don’t have to be a ton of extra work — like writing and workshopping new material, fleshing out full songs with instruments and sound design, etc. — you can finish an acoustic album way quicker than an album from scratch. This means an acoustic album can be a good project to work on if you know there will be a lot of time between your other projects.

Maybe you want to focus on quality for your next album; so you want to give yourself time to write and record the songs. That’s when you can put together an acoustic EP or album. You’re able to give fans something fun and valuable while keeping your name out there.

4. You Can Reach a Whole New Audience

If you’re primarily an electronic artist, you have the chance to reach a whole new audience. By releasing acoustic versions of your songs, you can attract new folk/indie/singer-songwriter fans out there. These people might then become fans of your musical catalogue in general.

And even if they don’t, they can still enjoy your acoustic renditions. Why not tap that audience if you have a shot?

5. Tips for Making Acoustic Versions of Your Songs

Here’s the main takeaway — why not turn your electronic songs acoustic? If it’s no good, just don’t release it yet. But you’ve at least got to try it.