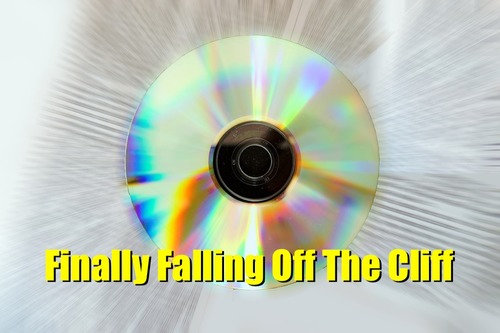 Some positive streaming numbers have music industry executives breathing a sigh of relief during a challenging time in the business. Unfortunately, physical product revenue is in much worse shape, something which will undoubtedly hurt many labels’ bottom line.

The recent release of the IFPI’s annual Global Music Report brought the news that the industry was back on the right side of $20 billion. While streaming growth had slowed a bit from previous years, revenue from that part of the business was still up 23% over the previous year. As you’d probably expect, there was rejoicing from music executives hunkered down in lockdown hoping that the bottom-line growth continues despite some darker sales trends occurring during isolation. The problem is, many are overlooking a number that may influence what the overall revenue for 2020 might end up at – last year’s growth of physical product revenue.

According to the IFPI report, CD and vinyl sales totaled $4.4 billion in revenue last year, which amounts to about 22% of the industry total. It may be hard to believe but the United States was actually up in this area (+3.2%) as was Spain (+7.2%). Most of that total comes from CDs, as vinyl still only makes up about 16% of overall physical revenues. That said, vinyl sales grew by just 5% last year after years of double digit growth.

As I pointed out in previous posts, physical product represents the profit of the industry. Take it away and things don’t look quite as rosy as they do now.

And that’s the unstated problem the recorded music business has with the lockdown. The retail segment of the industry that focuses on physical product has been closed for a couple of months now, and many of those mostly mom and pop stores won’t survive. Plus, their biggest sales time of the year, Record Store Day, has been at the very best postponed. For many retailers, that day alone makes up as much as 40% of their annual business.

While it’s true that the more enterprising retailers have moved even more heavily online than before, that’s merely a survival strategy and won’t replace the revenue from an open store with regular traffic. And they’re even more hobbled as major and secondary artists alike have delayed new releases until later in the year when hopefully things get closer to normal.

That’s not to say that the major labels aren’t prepared for the demise of the CD. They’ve already divested their physical distribution and are all but living in a post-plastic world. Even despite all the feel-good stories about the rise of vinyl, it’s pretty clear that it’s never going to be a bigger part of the total revenue picture than it is right at this moment.

Being prepared for a gradual fadeout of a format is different from one that falls off a cliff, and that’s what they’re facing right now. The remaining hard-core CD buyers have been getting a taste of streaming during the lockdown and they won’t be going back to those round pieces of plastic anytime soon as a result, at least at the same purchasing rate.

What all this means is that while the long-term growth of the recorded music industry still looks bright, look for a downturn in total revenue for 2020. The high-margin profit generator that is the CD may finally get the kicked down the road like we knew it eventually would. Couple that with the uneven streaming growth during the lockdown and a hit from lower sync revenue thanks to a downturn in advertising, and that’s going have an affect on the industry’s bottom line when we look back this time next year.