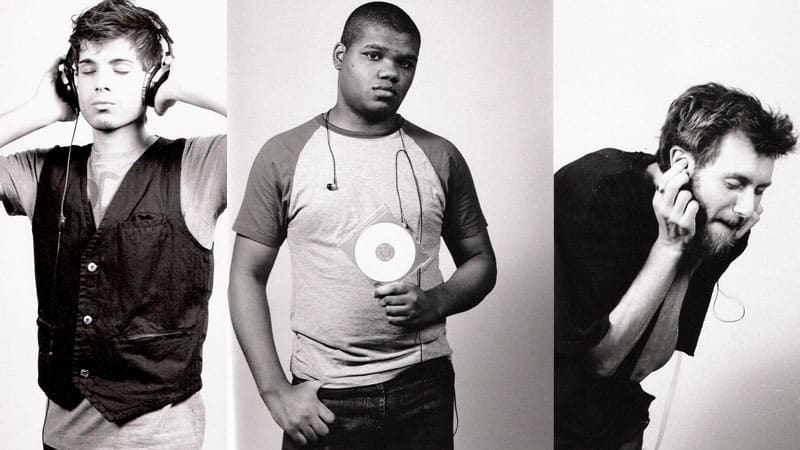 Streaming may have made access to music easier than ever, but the subsequent demise of mixtapes, forums, and music stores has changed the way that we discover new music forever. Robin LeBlanc shares some of the best ways to find new artists and music, outside of streaming’s algorithm-driven playlists.

Honesty time. When it comes to discovering new music, I’ve been pretty lazy this past decade and just listening to old playlists and music I used to like. A large part of that, for me, is that the actual discovery part isn’t as accessible as it used to be.

More and more music stores are going out of business, local radio is mostly comprised of Top 10 hits, and the forums, communities, and sites that used to be a treasure trove of fun tunes have pretty much vanished. What’s more, mixtape culture just feels…wrong ever since we stopped recording on tape or burning a CD. There seems to be something missing in regards to thoughtful intent that has made a lot of folks I know just not bother to create a mix online. Hell, remember 8Tracks before copyright issues got involved? I can’t really fault them for the shift, but what made that site great was the ability to make and share a mix of music that no one had really heard of before. Now they offer a chance to export those playlists on to Spotify but…well, considering that a chunks of the songs folks were putting up weren’t exactly mainstream, you end up with a playlist that has some severe gaps.

Plus the way the music world evolved has felt a little disjointed. We’re currently in an age where everything is available on demand, but you actually have to know what you want in order to demand it. Spotify, Google Music, and YouTube have been pretty amazing in beefing up their algorithms with their discovery playlists, but there’s something about the intent that feels off about it and I feel like my interests are being farmed, not just for a good musical experience, but for advertising purposes as well.

Now, saying all of that, I’m fully admitting here that of course there are places to discover new music and a majority of this is all coming from my reluctance in adapting to the ever-evolving music world and being both too busy and too lazy to go out on the concert scene to find things out for myself. A big part of the bitching is my own doing and the past few months I’ve been working on it.

Here are a few resources that have been working for me. Maybe they’ll work for you.

You know when you go on Wikipedia to look up a specific thing but then just click on link after link and you end up somewhere completely different from where you started? You can do that exact thing with Bandcamp. Aside from their pretty thoughtfully curated release highlight lists, I have spent hours getting lost in tag searches to discover some fantastic music that often doesn’t exist on other streaming platforms. Plus the option to stream first and buy the album to support the artist directly makes it a winner for me.

Remember back on my first post when I talked about forming your own separate online communities of friends? Well, if it’s a groupchat, facebook group, or even a discourse forum you can set up a regular “What Are You LIstening To?” thread. Chances are good that you’ll find some tracks that scratch a particular itch that you may never have heard of. Whenever any new additions come up on the Listening threads I always add it to a playlist and am rarely disappointed.

As an aside as well, a friend of mine from the beer world, Greg Clow, has an ongoing project where every day for a year he listens to an album he’s never heard before. You can follow it on his twitter account and maybe check out the #dailyunheardalbum hashtag where Greg and like, one other guy are posting. Maybe start your own similar project. If Twitter isn’t your bag, Greg adds a selected track from his daily albums to a playlist. Here’s the one from January and you can follow along for this month.

The Radio (No, Really)

Okay, I know I bashed radio in the early part of this piece, but HEAR ME OUT. It’s not all bad. WFMU, an independent station playing in NYC and Jersey, is a fantastic resource for new, old, and unheard of music that is operated by a bunch of wonderful freaks, geeks, and generally cool people. WMBR, meanwhile, is my personal favourite. It’s the campus radio station for MIT and shows like Jesse Kaminsky’s The Intercontinental and the Late Risers Club were among the shows that were instrumental in my musical tastes evolving. And thankfully, the better the internet has gotten, the more accessible all of these stations are. I’ve actually set up a google routine for myself that, upon waking, my lights turn on and WMBR plays on my speakers. It’s a habit that makes me feel like I’m getting something new out of music instead of sticking to the old playlists.

That’s some what’s been working for me, anyways.

The point being that while the sharing culture of the medium has changed, that doesn’t mean there’s no new musical lands to discover. So go forth, listen, and share.