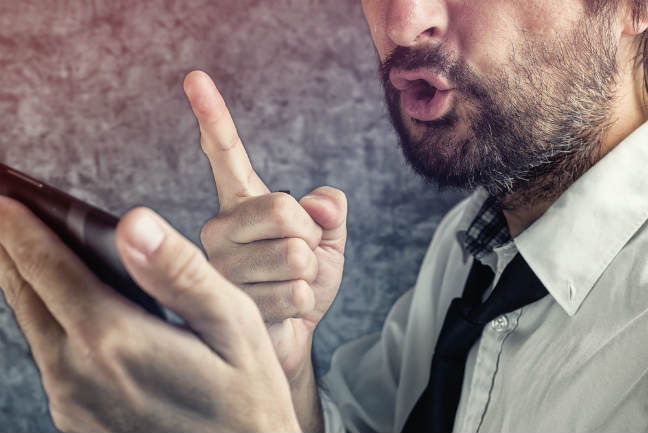 A Scottish business that fired 193.6 million automated nuisance calls at Brits has itself become the recipient of some unwanted comms – a letter containing a £500,000 fine from the UK's data watchdog.

The probe found the company made 1.6 million calls a day to sell a range of services including windows scrappage, debt management, and window, conservatory and boiler sales between 1 June to 1 October 2018. Some 63,615,075 calls connected.

Among these unsolicited calls were ones to Network Rail's Banavie Control Centre, which the ICO claimed "clogged up the line for drivers and pedestrians at unmanned level crossings, who were calling to check it was safe to cross the rails."

Some 3,000 complaints about the nuisance calls from CRDNN from made by members of the public, although the calls were made via so-called spoof numbers so the origin of them was initially unknown.

CRDNN didn't get consent from the phone owners or provide a valid opt out when pressed for one. As such, it contravened regulation 19 and 24 of the Privacy and Electronic Communications Regulation 2003.

Andy Curry, head of investigations at the ICO, said in a statement:

This company affected the lives of millions of people, causing them disruption, annoyance and distress. The volume of calls was immense and to add to people’s frustrations attempting to opt out of those calls simply compounded their receipt of further calls.

The directors of CRDNN knowingly operated their business with a complete disregard for the law. They did all they could to evade detection, from changing and not updating address details to transferring their operation abroad and attempting to go into liquidation. That’s why their conduct called for the maximum fine possible under law.

He said the ICO was able, with co-operation from the complainants, to ID CRDNN as being behind the calls.

CRDNN has 28 days from 26 February to appeal the fine.

According to Companies House, CRDNN was incorporated in October 2016, and has since filed dormant account for its financial years 2017 and 2018. An application was made by former director Duncan Paul in 8 January last year to strike the company off the register and to dissolve it, but this was suspended later that month.

Paul was terminated as director in December and replaced by a Stephen Foot.

The Reg has asked the ICO for some details on the timelines, and if it expects the fine to be paid by CRDNN. We will update the article if and when they respond. ®