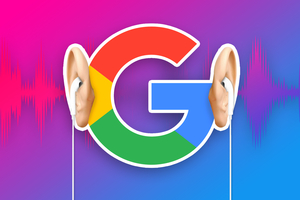 Google’s paid music services have eclipsed 15 million subscribers, according to two people familiar with the numbers, a milestone for a company that has struggled to build subscription media businesses.

The figure includes subscribers to two services—YouTube Music and Google Play Music, an older service that is being folded into YouTube Music—said the people, who asked not to be identified because the information isn’t public. The number also includes some customers who are still on promotional trials.

Google, part of Alphabet Inc., is still a long way from the market leaders: Spotify has more than 100 million subscribers, while Apple has more than 50 million. But the progress is a good sign for an ad-supported company that has rarely gotten customers to pay for its services.

YouTube declined to comment on the total number of customers for its paid music service, but said subscribers to YouTube Music and Premium grew 60 percent between March 2018 and March of this year. Premium subscribers pay for the music service as well as access to the regular YouTube without ads.

YouTube has been synonymous with free since its founding in 2005, attracting more than 2 billion users by offering up a bottomless buffet of videos spanning music, comedy and learning at no cost. But the site has been trying for years to convert some of those customers into paid subscribers.

YouTube Music is its latest effort, and its most successful in terms of total customers. YouTube TV, a live TV service offering dozens of channels for a monthly fee, has more than 1 million subscribers.

YouTube Music offers a library of millions of songs, playlists and some videos. The company added 5 million music subscribers since YouTube introduced the new service last May, said the people.

The growth of streaming platforms has helped the music business recover from a 15-year decline. YouTube has a complicated history with the industry, which blames the site for flooding consumers with free music videos.

Lyor Cohen, a former label executive who now serves as YouTube’s global head of music, has tried to improve the company’s relationship with the industry. He has pushed new video initiatives to draw more customers, including short-form video series featuring acts such as Billie Eilish, and funded promotional campaigns for new albums. In the past month, YouTube hosted live streams of the Coachella music festival and premiered a new video from Taylor Swift.