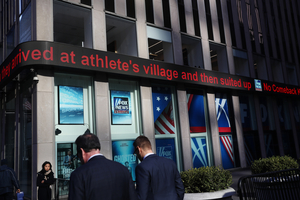 The newly formed company, still controlled by Rupert Murdoch and his family, is being watched closely for how it delivers on its new live-TV-centric strategy, focused on sports, news and entertainment. Chief Executive Officer Lachlan Murdoch will preside over the new company’s first investor day on Thursday in New York.

Fox News is the fuel for the new corporation, driving an estimated 70 percent of profit, according to Bloomberg Intelligence. Heading into another contentious U.S. election cycle should help drive ads and viewing at the network. In the company’s third quarter ended March 31, Fox News helped push profit to 76 cents a share, beating the 66-cent average of analysts’ estimates. The quarter will be a starting point to prove whether the Murdochs’ decision to split the business was the right move. The Fox Broadcast network delivered sharply higher revenue, thanks to more NFL programming and the success of “The Masked Singer,” a talent contest. Third-quarter sales totaled $2.75 billion, beating Wall Street estimates of $2.61 billion.

Shares of Fox rose as much as 4.7 percent in extended trading after results were announced. Since listing in March, the stock had retreated 6.1 percent.