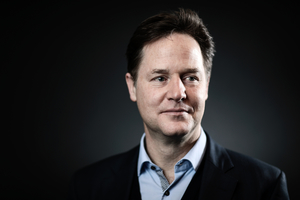 Facebook’s challenges can be tackled through regulation, not by breaking up the company, a key company official says in The New York Times.

“While we operate under more regulation now than at any point in the history of the company, we believe more should be done,” writes Nick Clegg, the social media giant’s VP of global affairs and communications in a guest editorial titled “Breaking Up Facebook Is Not the Answer” that appears in the paper’s Sunday print edition and was released online Saturday. Clegg served as deputy prime minister of the United Kingdom from 2010 to 2015 and joined Facebook in October 2018.

Clegg’s piece comes in response to the provocative proposal made in a May 9 New York Times opinion piece by Facebook co-founder Chris Hughes titled “It’s Time to Break Up Facebook.” Hughes went on in an interview to air Sunday on CNN to question the “near-unilateral power” held by Facebook CEO and Chairman Mark Zuckerberg across the social media empire and its billions of users.

“Hughes maintains that lawmakers merely marvel at Facebook’s explosive growth and have overlooked their own responsibility to protect the public through more competition,” Clegg writes. He says that reflects misunderstandings about the “central purpose” of antitrust law.

“It is hard to sustain the claim that Facebook is a monopoly,” Clegg says. Most of Facebook’s revenue, he writes, comes from digital advertising, and the company has an estimated market share of about 20 percent of the U.S. online ad market.

Antitrust law, he adds, is meant to protect consumers by making sure they have access to low-cost and high-quality goods and services. The laws are “not meant to punish a company because people disagree with its management,” he writes.

“Anyone worried about the challenges we face in an online world should look at getting the rules of the internet right, not dismantling successful American companies,” Clegg writes.