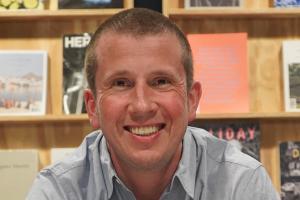 Joan hired Magnus Blair as chief strategy officer, who joins from Hewlett Packard Enterprise where he was global head of brand and campaign planning. Prior to that, he was senior partner, group planning director at Ogilvy & Mather, where he led strategy for Dove’s “Campaign for Real Beauty.” He has also held positions at Anomaly, Fallon and AMV BBDO in the United Kingdom.

Toby Hoare is now vice chairman of Wunderman Thompson. The newly-created role is based in London. He will remain the executive sponsor on some global clients. Previously, Hoare was CEO of J. Walter Thompson Europe and U.K. chairman. He also served as WPP client lead for HSBC in nearly 80 countries. Before joining WPP in 2004, he was chief executive at Cordiant's Bates Group in Europe, the Middle East and Africa.

Virtue hired Marianne Pizzi as head of client services, overseeing account management and client relationships across the U.S. She joins from 360i, where she led the Oreo, Mini and Nespresso accounts. She has also held positions at Wieden & Kennedy, Ogilvy, 72andSunny and Untitled Worldwide, working with clients including Apple, Coca-Cola, American Express, Nike, ESPN, Ikea and Samsung, and she spent time on the client side at Nike headquarters in Portland, Oregon.

Nathalia Resende joins BBDO Minneapolis as a creative director and will work on clients including Hormel and 3M. Most recently she was creative director at 22squared in Atlanta, where she oversaw creative for The Home Depot. Prior to that, she spent four years at The Martin Agency on Walmart, Timberland Pro and Comcast. She got her start in Brazil, working as an art director at Fbiz and AlmapBBDO before relocating to the U.S. in 2011.

Minneapolis brand agency Shinebox named Tina White as its first CEO. She joins from BBDO, where she was VP of operations. Previously, she has worked for Carlson Companies, Target, FWRD and Martin/Williams, and she serves as an advisor to the board for MPLS Madwomen.