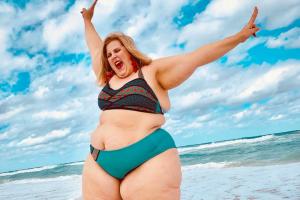 Gillette has defended a social media post for its Venus razor product featuring a plus-size model, after it caused a furore online. The Twitter post, which appeared on April 3, features U.S.model and influencer Anna O’Brien, aka Instagrammer Glitter and Lazers, in a bikini, accompanied by the words “go out there and slay the day.”

Gillette immediately came under fire both from people accusing it of promoting obesity and others who mocked the brand and trolled the model with cruel "fat-shaming" comments.

Gillette followed up with a tweet in defense of the image: “Venus is committed to representing women of all shapes, sizes, and skin types because all types of beautiful skin deserve to be shown. We love Anna because she lives out loud and loves her skin no matter how the “rules” say she should display it.”

A spokeswoman for Gillette Venus told Ad Age it had asked O’Brien, who has 1.7 million followers on social media, to share a photo of herself on its channels. She said O'Brien was not a paid partner and the image was not created for Gillette. No agency was involved.

The controversy comes three months after Gillette sparked a heated debate with an ad via Grey New York attacking “toxic masculinity.” It called for a stop to behaviors like mansplaining, bullying and sexual harassment. One commenter on the Venus post referred to this: