YouTube Music’s next online festival is the #FoundryFest | Music Ally 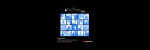 YouTube Music's #SOSFest last weekend has so far raised more than $1.8m to support NIVA's campaign to support independent music venues in the US.

The company is already planning its next online festival though: it's called #FoundryFest, and will be an "on-demand video series" rather than a full-on livestreamed event. It's focusing on artists who took part in YouTube's Foundry program for early-stage musicians, the success of which is shown with the roster of now-stars taking part.

Dua Lipa, Beabadoobee, Arlo Parks and Rina Sawayama will be among the artists contributing performances, premieres and interviews for the event today (23 October). There's also a fundraising element: the Save our Stages campaign again, but also the Equal Justice Initiative and other charities, using YouTube's donations feature.