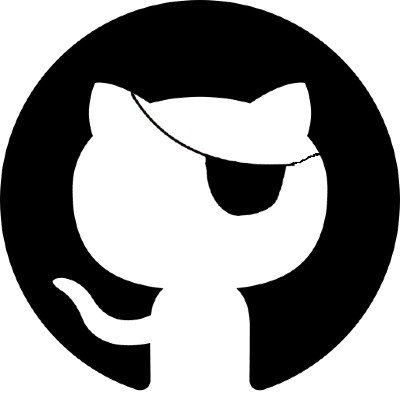 The music industry has increased its enforcement actions against stream-ripping tools and services in recent years.

The RIAA and other music groups have filed lawsuits, sent cease and desist orders, and issued numerous DMCA takedown notices.

Until recently these efforts were hardly noticed by the public at large but late last week something changed. When the RIAA targeted the very popular open-source tool YouTube-DL, many people responded in anger.

Last Friday the RIAA asked the developer platform GitHub to remove the YouTube-DL code and various forks because it allegedly violates the DMCA’s anti-circumvention provisions.

Following our initial coverage, we learned that the pressure against YouTube-DL had already started weeks earlier in Germany. Law firm Rasch, which works with several major music industry players, sent out cease and desist orders in the hope of taking YouTube-DL offline.

Hosting service Uberspace was one of the recipients. The company hosts the official YouTube-DL site and still does so today. Instead of taking the website down, Uberspace replied to the notice through its own lawyer, who said that the hosting company hasn’t don’t anything wrong.

When the cease and desist notice was filed, yt-dl.org wasn’t even hosting the tool, as all download links pointed to GitHub, the company informs us.

“The software itself wasn’t hosted on our systems anyway so, to be honest, I felt it to be quite ridiculous to involve us in this issue anyway – a lawyer specializing in IT laws should know better,” Jonas from Uberspace says.

The host wasn’t the only entity to be targeted. The German law firm also sent a cease and desist notice to developer Philipp Hagemeister who previously maintained the YouTube-DL repository. He also denies the accusations.

“They did not understand that I was no longer a maintainer, basically alleged that youtube-dl was an illegal enterprise rather than a legit open-source project, and misunderstood a bunch of other technical stuff,” Hagemeister tells TorrentFreak.

Both Uberspace and Hagemeister don’t want to go into too much detail as this is a pending legal issue. However, both defend their actions in relation to YouTube-DL. And they’re not the only ones who were ticked off by the enforcement actions, as we learned this weekend.

Takedown Backfires as Copies are Everywhere

Soon after the RIAA notice took YouTube-DL offline many developers spoke out in protest. They believe that the music industry group went too far and started to republish copies of the code everywhere.

Over the past several days, we have seen hundreds of new forks and copies appear online. These were also posted to GitHub, where YouTube-DL forks remain easy to find and continue to be uploaded.

The code was also posted in some places one wouldn’t expect. For example, there’s still a copy in GitHub’s DMCA notice repository, which some people find quite amusing. And the list of pull requests can be quite entertaining in themselves.

One of the most creative responses we’ve seen was posted to Twitter by @GalacticFurball who encoded YouTube-DL into images that can be easily shared, encouraging others to share these as well.

“I would also suggest that you save and repost the images, as one single source kind of defeats the point. Maybe start a hashtag trend or something. Make songs, and poetry. Get that data out there.” 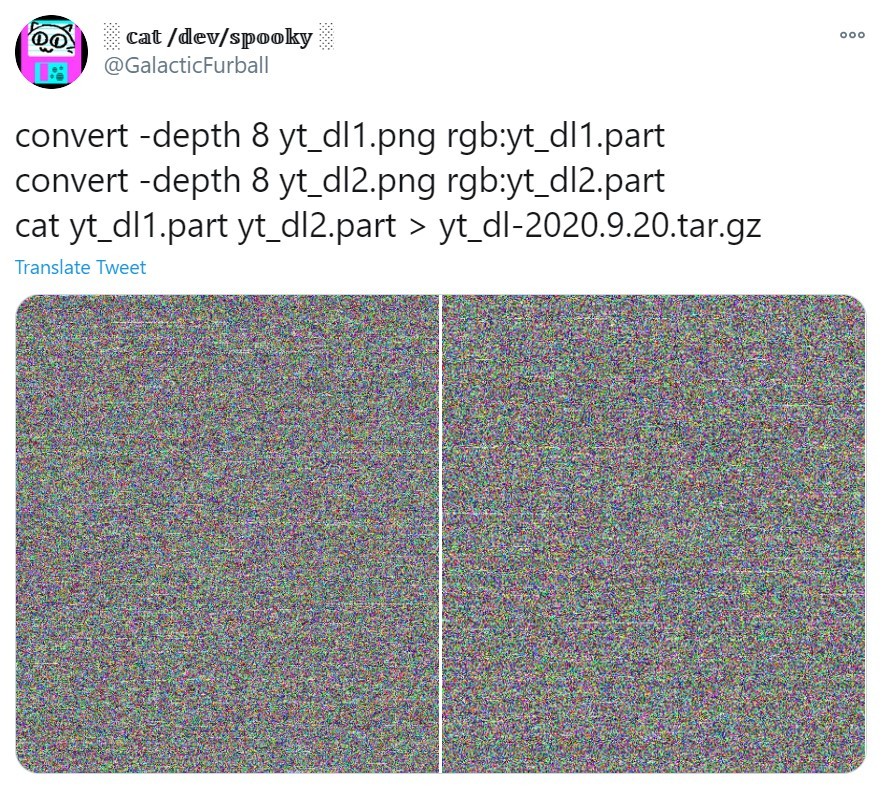 This triggered even more creativity, with people finding alternative means to share the code online, all to counter the RIAA’s takedown request.

Meanwhile, GitHub’s CEO Nat Friedman wasn’t sitting still either. While the Microsoft-owned developer platform had to respond to the takedown notice, Friedman himself actively reached out to YouTube-DL’s developers to help them get their project reinstated.

The CEO joined YouTube-DL’s IRC channel hoping to connect with the owner of the repository so he can help to get it unsuspended.

“GitHub exists to help developers. We never want to interfere with their work. We want to help the youtube-dl maintainers defeat the DMCA claim so that we can restore the repo,” Friedman told TorrentFreak, explaining his actions.

It’s clear that GitHub exists to help developers. That said, for the company’s CEO to jump in and personally help someone to respond to a DMCA claim, is quite unprecedented. As it turns out, the RIAA’s notice ticked off Friedman as well.

“This one annoyed me,” Friedman says.

“Perhaps because of the importance of tools like youtube-dl for archivists, and our related archive program and funding of the Internet Archive: We are thinking about how GitHub can proactively help developers in more DMCA cases going forward, and take a more active role in reforming/repealing 1201.”

GitHub’s CEO suggested that YouTube-DL won’t be reinstated in its original form. But, the software may be able to return without the rolling cipher circumvention code and the examples of how to download copyrighted material.

By now it is clear that the RIAA’s takedown notice backfired badly. With the ‘Streisand Effect’ in full swing, there are now probably more copies of YouTube-DL online than there ever were.

However, there is more. Reading between the lines Friedman suggests that the current DMCA rules may be too strong in some cases. For example, tools like YouTube-DL have non-infringing uses, and there can be upsides to circumventing copy protections as well. To archive content, for example.

This issue may eventually become a policy question. Every four years the US Copyright Office grants new exemptions to the DMCA section 1201 anti-circumvention rules, and it wouldn’t surprise if these tools are put on the agenda in the future.

Instead of simply taking down YouTube-DL, the RIAA may have actually poked the bear and increased support for such tools. Not only from developers at home, but also from big players such as GitHub. Putting that cat back in the bag is not going to be easy.