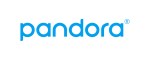 US satellite-radio firm SiriusXM published its latest financials yesterday, revealing that it now has nearly 30.5 million 'self-pay' subscribers to its service, having added 169,000 in the third quarter of this year. Its revenue grew by 1% year-on-year to $1.6bn.

Its music streaming subsidiary Pandora is still battling to turn around its listener decline though. Pandora ended Q3 with 58.6 million monthly active listeners, down from 59.6 million in Q2, and 63.1 million a year ago.

Pandora added around 105,000 self-pay subscribers for its premium tiers, meaning it has nearly 6.4 million – compared to nearly 6.3 million a year ago.