As in most countries, the nationwide lockdowns imposed in India to contain the spread of Covid-19 have had severe effects on the music industry there over the past six months.

Instead, it’s because the majority of the music consumed on Indian streaming services is from film soundtracks, the releases of which have largely been on hold since mid-March.

Surprisingly, the recorded music industry has been resilient. Listenership on audio streaming services grew by 40% yearon year in the first half of 2020, according to trade body the Indian Music Industry (IMI).

The impact of the lockdown has been buffered by the exponential increase in the nationwide popularity of “nonfilm” music, a nebulous and problematic term used to refer mainly to pop music created outside of the canvas of a film.

“Different labels are taking different strategies,” says Vikram Mehra, the managing director of the country’s oldest record label Saregama, and chairman of the IMI. “But there’s a clearcut understanding in all of us right now that we need to also focus on non-film music.”

“Saregama wants to focus more on the regional [language] aspect because of the inherent strengths we have in our catalogue. We are moving into Gujarati, Punjabi, Bhojpuri, and Tamil in a very big fashion. Other labels are putting a lot of money into Hindi originals. [For the first] time [since the 1990s], one is seeing enough attention from the label side and enough interest from the customer side for non-film music.” 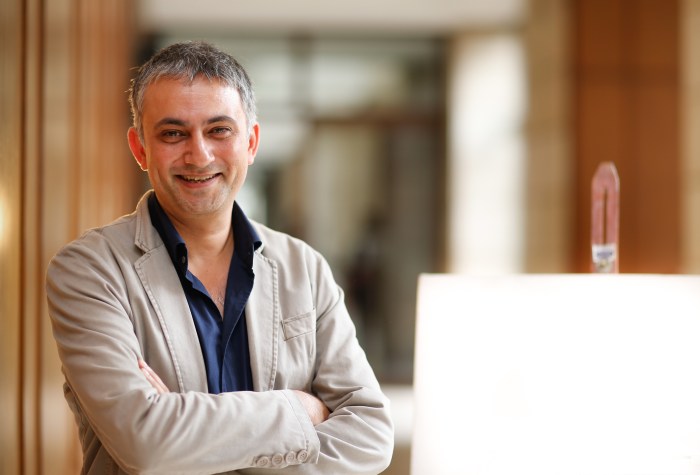 In India, Universal Music pivoted to completely to non-film music a few years ago. At Sony Music, which has a presence across multiple genres and languages, there’s been a concerted effort to build a market for non-film content in places where there isn’t one such as “the south [of India], which is predominantly soundtrack-driven”, says managing director Rajat Kakar.

To this end, the label launched the ‘Madras Gig’ series of Tamil pop singles in 2018 and encouraged by its success, followed it up with the ‘Hyderabad Gig’ set of Telugu pop releases earlier this year.

Saregama and Sony’s focus on regional music is a considered decision. The segment now makes up 35% of the plays on Gaana, which claims to have 185 million monthly active users (MAUs), making it the nation’s most popular audio-streaming service.

“Regional music has grown 26 times in the last three-three and a half years,” says CEO Prashan Agarwal. “The reasons are two-fold: as the penetration of the app deepens across the country into Tier II and Tier III cities, there’s more and more exposure being given to consumers of the language that they prefer. Secondly, the quality of content has started improving across all the regional languages.”

The rise of non-film and regional music is best seen on YouTube, for which India is the largest and fastest growing market – more than 265 million MAUs in April 2019, and likely considerably more now.

Of the 19 songs to have topped YouTube’s Top Music Videos chart for India, which launched in September 2019, 14 have been non-film tracks: five are in Hindi, five in Punjabi, two in Bhojpuri and two in Haryanvi.

It’s a trend that’s being mirrored across audio streaming platforms, from Gaana’s chief rivals, JioSaavn and Wynk Music, which are owned respectively by telcos Jio and Airtel and also claim over 100 million MAUs, to global services like Spotify, and ByteDance’s new entrant Resso.

As a result, it’s not just labels that are investing in “non-film” content. Gaana began releasing Gaana Originals, a series of exclusives it curates in collaboration with labels, in 2017, the same year JioSaavn launched Artist Originals, an in-house label for independent artists.

As the user bases increase and become more diverse, DSPs are discovering that there’s an audience for every kind of music in India, where the sheer numbers – be it in terms of overall population or smartphone users – have made the country one of the most attractive markets on the globe.

The nation is home to at least nine audio streaming services including Amazon Prime Music, Apple Music and Hungama Music, with a tenth, Denmark’s Moodagent, expected to launch soon. 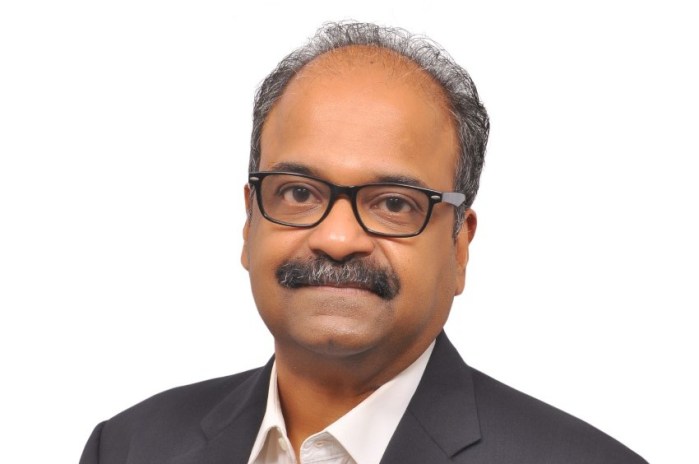 The IMI estimates these services collectively have more than 300 million MAUs, but the proportion of those people who pay for subscriptions has remained a low single-digit percentage for years.

So, while streaming is on the upswing as most of the country works from home, the knock-on effect of the fall in advertising revenue during the second quarter, despite an improvement in the third quarter, is expected to substantially affect labels’ total revenues for the year.

This could mean that in value terms, India – where ad supported streams generated 54% of the monies accumulated from audio streams in 2019 – could end 2020 with a dip in overall revenue.

Depending on how long the ongoing pandemic lasts, the IMI could miss its goal of becoming one of the top ten music markets in the world by 2022.

“That’s the problem of an ad-supported model,” says Blaise Fernandes, the president and CEO of the IMI. “When the economy tanks, the advertising budget is the first to take a hit.”

Executives across the industry echo each other when they say that streaming services now need to move from “playing the valuation game” to a business model where the majority of people pay for music.

Sony Music’s Kakar is of the opinion that putting “compelling content”, such as “some new releases” and “experiences such as artist interactions behind a paywall,” will be key to converting ad-supported consumers.

He also recommends containing the quantity of tracks available to free users as well as limiting free trial periods to no more than three months.

“We’re really working with our partners to make sure people start paying in this eco-system so we get to know what they actually want to consume rather than them playing the first available playlist that comes on the deck,” he says. 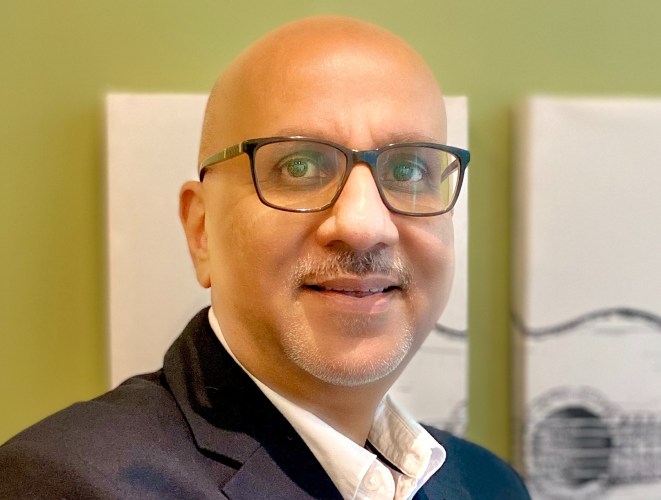 There is some debate about the price point at which Indian consumers will make the switch, however.

“You need to [make it] extremely affordable and get large numbers,” says Mehra. “That’s the India dynamic. I think Rs19- Rs29 per month is a very decent value at which you can get customers.”

Kakar, on the other hand, doesn’t believe the current rates are the issue. “The cost of one CD was Rs199-Rs299. Consumer research back [then showed that] people bought at least four to five CDs a year. Video OTT services [such as Netflix and Amazon Prime] have shown that people are willing to put money on the table.”

India’s existing prices are already some of the lowest in the world, starting at Rs99 [about $1.34] for a month on the majority of services including Gaana, for which income from subscriptions accounts for a little over a third of revenues.

“We think the sweet [spot] for the Indian market is Rs399 (for an annual subscription), which is about Rs1.20 per day,” says Agarwal. The service is already experimenting with a tiered payment structure, which the industry believes will be crucial for a price-sensitive market like India’s.

“We have three pillars: ad-free, HD quality and unlimited downloads,” says Agarwal. “If you only want one of the three features, you get a different price point. We’ve also launched language packs, where [for example] if you’re listening [mostly] to Punjabi [music], you [can] get the three features for only that language and a separate price.”

The results, he says, are encouraging. Subscriptions grew 2.5 times in the first half of this year as compared to the first six months of 2019.

However, Agarwal points out, “for content to be put behind a paywall, the entire eco-system has to work towards that, which means not just audio but video as well.”

That much of film-crazy India prefers to “watch music” as opposed to “listen to it” is well documented not only in the massive viewership of YouTube but also that of the recently banned TikTok, for which India was the biggest market.

The dozens of new short video sharing apps that have emerged over the last few months as potential contenders for its crown are the new bugbear of the music industry, as a number of them have yet to procure licensing deals from labels.

T-Series has reportedly sent legal notices to half-a-dozen such apps including Bolo Indya, Josh, Mitron, Roposo, Snack Video; MX Takakak, which shares the same parent company as Gaana, the Times Group; and Triller, which recently entered into a strategic partnership with JioSaavn.

According to Fernandes, the proliferation of such unlicensed services is among the key areas of concern that need fixing. 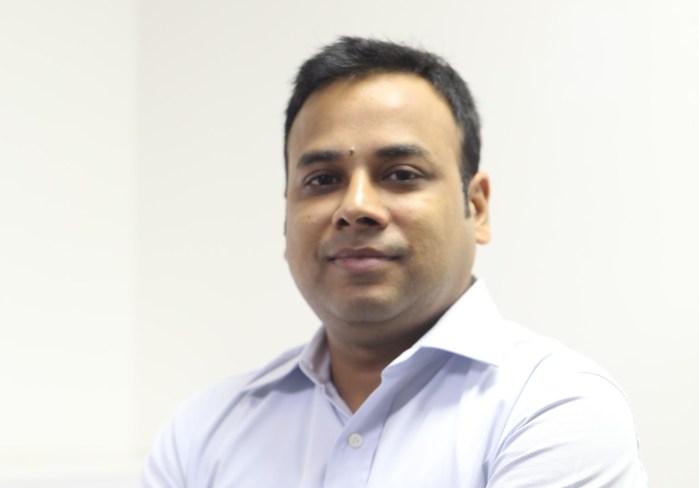 Others include “a relook” at the provision of the Indian Copyright Act that pertains to intermediary liability and some finality from the judiciary that “internet broadcasting” organisations are not entitled to a statutory licence under the controversial Section 31D of the Act, as determined in the April 2019 ruling by the Bombay High Court in the Tips Industries vs. Wynk Music case.

While a “deeper penetration of public performance licensing” and “expanding the base of synchronisation”, which currently account for 10.2% and 5.9% of the total revenue, are potential areas for growth, both are likely to be hindered by the ongoing lockdown.

During a panel at the All About Music conference in August, Ameet Datta, legal consul for the Indian Performing Rights Society (IPRS), said that because in India, traditionally, record labels have also played the role of publishers, he doesn’t believe the current value of $181.4 million or Rs1,277 core (as per the exchange rate used by the IFPI in the GMR) is accurately representative of the true worth of the music industry.

“International companies as a matter of business practice have had a separation between the publishing business and the masters business,” said Datta.

“You take 300-odd million subscribers for music streaming services,” said Datta. “Many of them of don’t pay because the streaming services are free themselves but if you apply that to say Rs20 a month, you have that value in any case.”

Notably, neither Gaana nor JioSaavn are presently members of the IPRS, although both have said they’re in discussions with the CMO.

One area from which labels are aiming to increase revenues is royalties from radio licensing. The end of September saw the lapse of the ten-year period for which a compulsory licence rate of 2% of net advertising revenue was granted by India’s Copyright Board to private radio broadcasters to pay as royalty to labels, whose mandate at the time was with CMO PPL India.

The rate, labels say, was determined when the radio industry was at a nascent stage; today, its turnover of Rs3,100 crore is nearly three times that of the recorded music industry.

The IMI has proposed a royalty rate of 10%, which it says is closer to that paid by labels directly licensing their sound recordings to radio broadcasters. There’s also the hope that ad revenues will gradually increase.

“Advertising on digital platforms is coming back in a significant [way],” says Saregama’s Mehra. “We’ve got multiple ways to gauge it. One is the money we make from YouTube. Another is the number of enquiries we get from people who want to use our songs in their ads. A decent amount of resurgence seems to be happening. Festival season is coming. There seems to be lots of interest.”

With the government’s decision to allow cinemas to reopen from October 15, some long-delayed film soundtracks are likely to be released during the fourth quarter. That could just mean that the music industry may have more reason to celebrate this festive season.