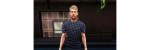 Kidd Keo is a Spanish hip-hop artist signed to Warner Music Latina, and now the label has launched an official mobile game for his new album 'Back To Rockport'.

Released for iOS and Android, Back To Rockport – The Game is an endless-runner game in the same vein as app hits Temple Run and Subway Surfers.