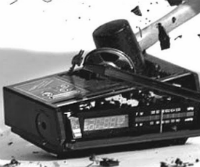 When it comes to copyright infringement matters, especially when that involves commercial players doing battle to prevent the wholesale spread of content, my basic position is that all is fair in love and war.

If a torrent site, IPTV provider or streaming platform has a specific role to distribute premium copyrighted content to the masses for profit, then they should expect a robust response. This is someone’s content and it should come as no surprise that powerful people will attempt to protect it.

Even if only quietly, all players in this space understand the rules. Every now and again, however, copyright enforcement can hit a nerve even with the most understanding and pragmatic among us. It can be particularly jarring when the end result amounts to a reduction in previously enjoyed freedoms when that should not be the case.

For those out of the loop, during the past few days TuneIn radio, a major aggregator of streaming radio links already in existence on the web, took the decision to conduct widespread geo-blocking of content in the UK. This was due to a High Court order obtained by record labels Sony and Warner who successfully argued that the service essentially became a broadcaster when it offered links to a ‘new public’ in the UK.

Purely on a legal footing and based on existing case law in the UK and EU, the decision makes quite a lot of sense. When access to unlicensed content is facilitated to a new audience, whether delivered via Internet radio stations or other Internet-based platforms, that generally amounts to a breach of copyright law.

On the ground, however, we are already seeing that the effects can be much more profound. TuneIn’s decision to block access to a huge range of stations broadcasting content NOT owned by Sony or Warner shows that the chilling effect is already underway and sadly it’s only likely to get worse.

Be Warned: TuneIn is Not the Only Aggregator

Anyone with a hardware-based Internet radio in the UK will probably have been sold it on the premise that it provides access to between 20,000 and 40,000 stations from around the world. These devices are the modern-day equivalent of AM or even shortwave radio, allowing us to listen to broadcasts without borders, from the most diverse and secluded regions and covering a massive range of niche topics and cultures.

Thanks to the decision by the High Court, however, this access could soon be a distant memory.

Hardware receivers, (of which I own two excellent ones, both Revo) are completely useless on the Internet radio side without access to an external index of radio stations and their related URLs. These massive indexes are not colorful like the one provided by TuneIn but they are functionally similar. One can search by station name and other parameters such as genre or region. This type of curation was deemed unacceptable by the High Court in the TuneIn case.

The big question now, of course, is how long will these platforms be able to offer services to users in the UK without facing the same kind of pressure applied to TuneIn? How long before they too start censoring access to global stations on the basis that they might breach the rights of the two labels that brought the action against TuneIn in the UK?

As per the comment received by TorrentFreak this week from TuneIn, “Over the past several months, we have worked with broadcasters to confirm their licensing status, removing from our platform those radio stations whose licensing status we are unable to verify at this time.”

“Unable to verify at this time” does not mean absolutely unlicensed. Neither does it mean that all removed stations breached the rights of the labels. TuneIn appears to be erring on the side of caution because it’s terrified that under-blocking won’t get the job done and could leave it liable for copyright infringement.

Anyone can set up an Internet radio stream in minutes and broadcast content that is not licensed for use in the UK because it doesn’t need to be as it breaches nobody’s rights. How does one go about proving that status to an index like TuneIn? Proving you don’t need a license is much harder than simply having one to show.

The great charm of Internet radio is that it can be used to find fresh or unusual content that isn’t owned by major labels like Sony and Warner, largely because it’s not considered popular enough. In fact, platforms not broadcasting that type of content is a major plus for me personally as I have Spotify for that, should I need it.

So why were some of my favorite stations dedicated to promoting new artists and music who want to be promoted blocked by TuneIn this week in response to this lawsuit?

To draw a parallel, how would we feel if we turned on our regular radios to tune into a distant broadcast only to be greeted by a high-pitched tone put there to prevent us from listening? We wouldn’t accept that and it’s my opinion people shouldn’t accept this either – this is not exclusively about two labels’ rights.

In the 90s, when I spent quite a bit of time in Poland, I liked nothing better than to flick a hotel radio to AM to listen to a distant broadcast of what was then TalkRadio. Now, Polish citizens in the UK, who previously enjoyed a local channel from back home, face the prospect of it not being available in their second home via TuneIn, thanks to the fear of TuneIn breaching a High Court ruling.

The labels will argue this isn’t their problem, as any blocking only needs to be done when a station breaches their rights. And they would be completely correct. But their actions have led to this situation and now everyone has to suffer, regardless of whether their international listening habits were covered by the lawsuit or not. But there are other issues too.

Driving Pirate Radio Back Onto the Streets is a Bad Idea

With great power comes great responsibility and bombing Internet radio back to the stone age to protect the rights of the few is overkill and counterproductive.

Fully-blown pirate/unlicensed radio stations are of course illegal in most countries but they serve a purpose. They existed and exist to bring niche content to a wider public completely underserved by licensed operations.

In the 80s, for example, early dance, plus soul, reggae, and funk music weren’t broadcast on any legal station in the UK in any meaningful way, a gap that pirates like the then-illegal Kiss were happy to fill. And just look at the size of the market now, raking in countless millions for labels like Sony and Warner.

It took years for mainstream providers to catch up on these niches yet they’re still miles behind today if quality and quantity are considered. Bluntly, they don’t get involved until they see an audience because that’s where the money is. Pirate radio stations incubated those audiences and still do today.

Admittedly, broadcasting via traditional antenna was and is both illegal and potentially dangerous. In recent years, however, many of these broadcasts have been switched to the Internet, reducing airwave pollution while continuing to serve fans with niche content that licensed broadcasters couldn’t care less about. If this High Court ruling runs to its logical conclusion, aggregators will be too scared to index any of them.

That could be a way off, but the stage has been set. Big Music has the opportunity to step back now but history tells us that won’t be the case. Fortunately, where there’s a will there’s a way. Labels can tear up the radio ‘phonebook’ operated by TuneIn and their counterparts but they can’t block every station on the Internet, even though they’d probably like the power to.

The Future and What it May Hold

If a ruling can be obtained in the UK to compel geo-blocking of international stations, then it doesn’t seem far-fetched to conclude that decisions could be obtained elsewhere too.

How long before United States aggregators must block all UK-based stations? How long before listeners in the Netherlands are barred from content broadcast to German or French audiences? When will Canadians be prevented from enjoying content from their cousins south of the border? Could we even face a situation where stations based anywhere in the world are forcibly removed from aggregators for not respecting their geographic licensing regions?

It may sound alarmist, and hopefully it is, but what people might have to prepare for in a worst-case scenario is radio aggregators being treated like illegal torrent indexes that are either forced offline or made to persistently teeter on the edge of a lawsuit.

The stations themselves are still broadcasting of course but listeners will probably have to get used to finding them another way. It might be a good time to get familiar with how to do that right now, before it’s too late.