At some point in the coming days, there will be an announcement for the new head of the U.S. Copyright Office. I fully expect that everyone will have their litmus test for whether the new person (called the “Register” for historical reasons that have probably outlived their usefulness). The fact is that the Register is, if you ask me, a thankless job that has been filled by wonderful people for many, many years. It’s not a job that is really suited to anyone’s litmus test.

The reason it is not susceptible to a “factiness” approach is that the job is a balancing act between creators across all copyright categories, some of the biggest tech corporations in commercial history, and users (or as we call them, fans). When you review the past Registers all but the last two or so had one thing in common–they didn’t have to deal with corporations who were dedicated to the corrosion and eventual recasting of copyright into something that wasn’t what anyone previously thought of as copyright and so did not deserve the name.

Past Registers didn’t have to deal with corporations with trillion dollar market caps that have an endless lobbying budget. They didn’t have to deal with corporations who could get their lobbyist a speaking slot at the Democratic National Convention just in case you didn’t get the point. (Remember–AOC got 60 seconds.) Like the anaconda in the chandelier, they didn’t even have to say a word about the real issue.

Prior Registers didn’t have to deal with big tech corporations who hired prior employees of the Copyright Office to lobby–or at least advocate–against copyright.

True, there has been a revolving door at the Copyright Office before, but those hires were all devoted to preserving strong American copyrights which is also the mission of the Copyright Office to a large extent. They were not devoted to destroying copyright as we know it, distorting exceptions into giant loopholes, and looking the other way while major search corporations filed millions of “address unknown” notices for songs that started with the absurd premise “Google can’t find…”

So really there is simply one question for the next Register. “Do you support codifying Google’s terms of service in the law?” That’s a yes or no question. And it is absolutely serious with not a hint of sarcasm.

There are many signals that this is exactly what the anti-artist cognoscenti have in mind. Lawrence Lessig, Brewster Kahle, Pamela Samuelson, Christopher Sprigman, Fred von Lohmann, the EFF, Engine Advocacy, R Street Institute, Tech Freedom, Public Knowledge, the list goes on and on and on. All of them are dedicated to codifying Google’s terms of service in U.S. law. And that is where they will start if they capture the Copyright Office–they will use the springboard of the vast influence that the U.S. has on treaty negotiations to do the same in other countries and eventually the world.

You could throw a dart at a map of the world and you will hit a country where Google, Facebook, Amazon and the rest are trying to destroy copyright as we know it. Try South Africa, the European Union, Canada, Brazil. All are on the menu.

And by the way it’s not just the Register. Remember the Google Transparency Project (now the Tech Transparency Project) identified through public records the vast influence that Google and other FAANGS companies had over the Obama White House (Facebook, Amazon, Apple, Netflix, Google and Spotify). (Remember President Obama’s #POTUSPlaylist? Not an Apple playlist, a Spotify playlist.) And who has post-term deals from Netflix and Spotify? Just sayin.

Which multinational corporation had more meetings at the White House than any other? Just sayin.

Roger McNamee, long time Silicon Valley venture capitalist and member of the band Moonalice summed it up in a recent Wired opinion post as an open letter to Vice President Biden:

One of the policy areas that demands a new approach is technology. New technologies like facial recognition and artificial intelligence have been plagued by racial and gender bias, with particular harm in areas like law enforcement, job hiring, and mortgage applications. Internet platforms like Facebook, YouTube, Instagram, and Twitter have amplified hate speech, disinformation, and conspiracy theories, undermining our politics, our pandemic response, and the safety of our citizens….

Imagine my disappointment last week when The New York Times reported that President Obama had suggested that you work with two members of the Silicon Valley establishment, former Google CEO Eric Schmidt and LinkedIn founder Reid Hoffman. I know both men well. They are brilliant and very successful. Their money and expertise may be valuable to your campaign, but I hope you will not turn to them for policy guidance. They were architects of the culture and values that produced the problems I described above.

Let’s be clear–this is not about politics.  I know some of your political knees are jerking right about now.  But be clear–this is about survival and these are facts.  As Roger McNamee says–and he’s hardly the only one saying this–we all have to do everything we can to fight back Silicon Valley’s government takeover.  You don’t have to be for or against any particular candidate to understand that they once had pretty much all they ever wanted in the wildest dreams of any lobbyist or swamp creature.  They liked that control over the administrative state and they mean to have it again–if they ever really lost it.

Also remember that the FAANGS have been vastly enriched by the COVID crisis while artists have been weakened like never before.  Now is the time that the anaconda in the chandelier is most likely to strike and crush its prey. 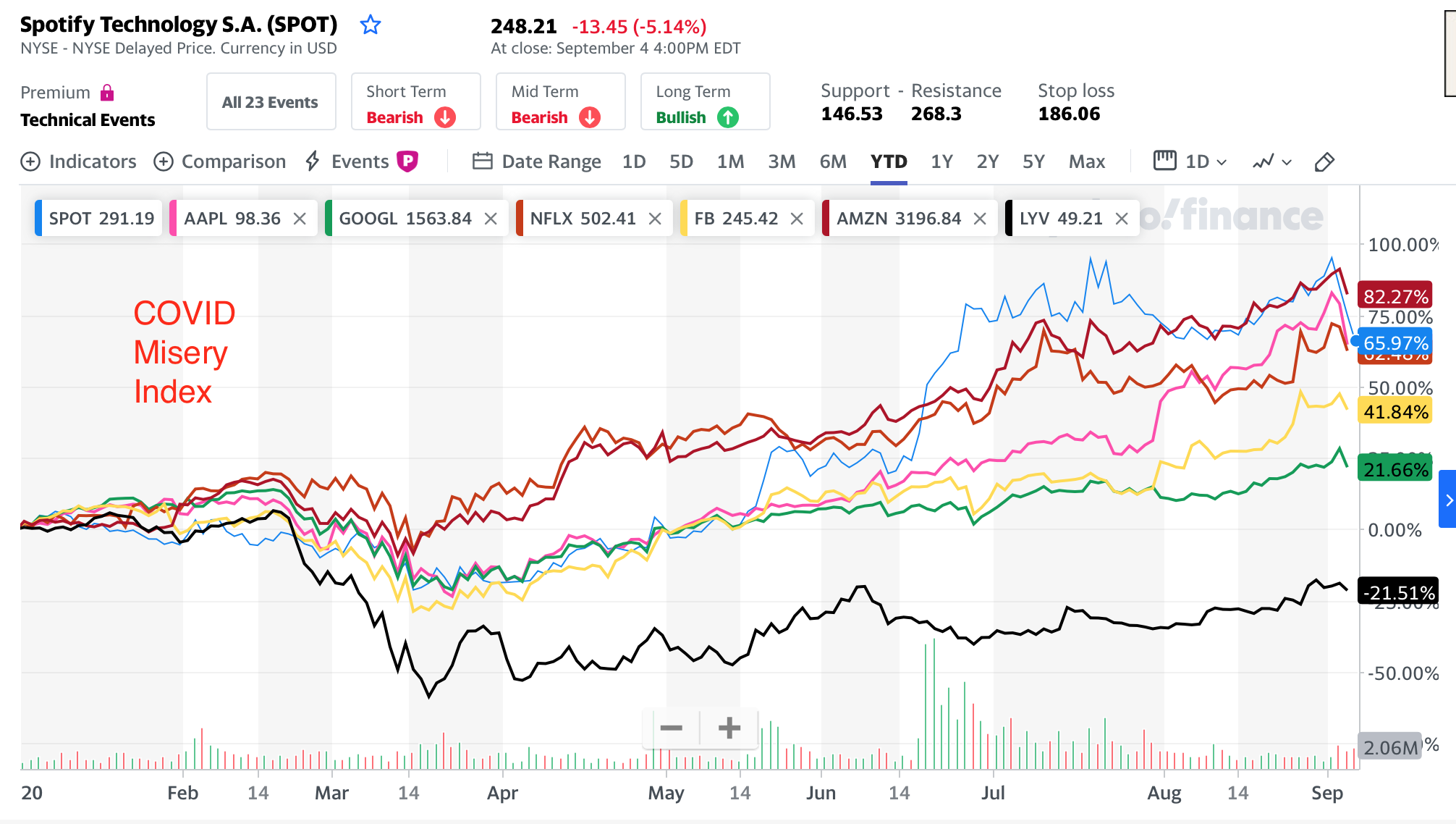 So let’s ask the only question that’s relevant of the next Register:  Do you intend to codify Google’s terms of service.  Yes or no.  And take good notes on the answer because they need to be held to it.  It is an absolutely serious question, particularly now.