Primephonic is one of the streaming services focusing on classical music, with a comprehensive collection of albums and playlists. However, neither of those are its most popular format with listeners. It’s podcasts.

The company has been producing its own shows blending interviews with classical music artists, composers and conductors with their music.

“These podcasts are our most popular content. They are more popular than playlists, and more popular than normal albums,” said Primephonic’s CEO Thomas Steffens, in an online panel session organised by his company this week.

Steffens suggested that it’s been a helpful way to connect the interviewees with their audiences, at a time when classical music concerts – like the rest of the live music industry – have been shut down in many countries due to Covid-19.

He also said that the pandemic has had an unexpected effect for Primephonic: a number of its paying subscribers have upgraded from its £9.99-a-month ‘Premium’ subscription to its £14.99-a-month ‘Platinum’ tier, which offers hi-res audio quality.

“We see increasing demand for hi-res, 24-bit audio quality,” said Steffens, elaborating on that later in the event. “Half of our subscribers choose the hi-res.”

However, he said that the supply of recordings at this quality is still lagging the demand Primephonic sees from its customers.

“Many of the recordings from the labels that we have are only available in 16-bit, and not in 24-bit. So while as a streaming service we facilitate 24-bit streaming… the big labels, most of their albums are not available in the highest audio quality,” he said.

“They are working on it… but I think there’s still a few years to go before the full classical catalogue will be available… Several labels are now remastering, it just takes a bit of time.”

“Until very recently there were no live performances with audiences, and income for anybody connected with performances… their income has effectively dried up,” said Fry.

While physical concerts are starting to return in some countries, their audience capacity is often restricted. There are also knock-on effects for the economics of the market.

“We’re seeing on our side real implications with future planning. With orchestras, with opera houses, with those promoters’ budgets either cut completely or greatly reduced or future seasons. This is leading to artists being asked to take a 30-40% fee reduction, even when the contracts had already been negotiated,” said Fry.

Pemberton noted that the impact of Covid-19 for orchestras has been drastic too.

“For months on end, orchestras were forbidden from performing. And it isn’t just in the concert hall setting that this has hit them: it’s also in all that education and community work that is intrinsic to orchestras now,” he said.

“It’s absolutely existential… This has been really challenging, and at the moment people are hanging on by their fingernails. We’re not out of the woods.”

On the recordings side of classical music, there have been additional challenges, particularly for choirs and orchestras, who were unable to come together to record.

Long said that when the lockdown started in March, Signum Records already had its releases for 2020 and the first quarter of 2021 in the can – bar a planned Christmas album – so could carry on with its release schedule. However, it was unable to make new recordings until July.

He had a positive story to tell about actual sales and streams for the label’s catalogue however.

“From the middle of March onwards we found sales just going up and up. Retail moved over to mail order as all the shops shut, and that held up pretty well,” he said. “And streaming started to go up even more than it was normally. Consumption was really on the increase as people had more time and money to spend.”

Steffens agreed from a DSP’s perspective. “We see that we have had our best months since our start. Our growth has really accelerated. Music streaming has not gone up, but classical music streaming has gone up,” he claimed.

The service has also seen its peak listening time shift from earlier in the morning to after 9am.

“The peak hour these days is lunchtime,” he said. “It seems that people are complementing their home-made sandwich with some Beethoven, rather than talking to colleagues in the office!”

There’s a sense that a number of people may have found their way to classical music during the pandemic, whether that be through chill-out or work-focus playlists, or musicians streaming live on popular social platforms.

Long said the challenge now is to figure out how to encourage people not just to listen, but to pay, whether that be for albums, streaming subscriptions or tickets to watch concerts – online now, but perhaps offline too as those come back.

The panel chewed over the implications of livestreams and paid online concerts for the classical sector, including the way it has forced arts institutions to think hard about their current technological capabilities, and how to invest in them for the future.

Pemberton said that the initial “massive glut of mosaic YouTube videos” of orchestras playing together remotely has now “waned as orchestras began to analyse: what do we achieve with that, and what actually is a more productive way of using digital to communicate with an audience?”

One example of that is producing bite-sized education programmes, to be used by children at home when schools were closed, and in-person music lessons were impossible.

“That’s a really key development, and will continue,” he said. “We can access audiences who we do not see otherwise: who do not come to the concert hall, or through education programmes.”

Pemberton added that while there are costs associated with livestreams, this kind of digital access will continue even when physical concerts return.

“What we’re going to end up with here is a kind of hybrid model. We’re going to go back to live, but we’re not going to lose the gains we’ve made digitally through this crisis.”

There are challenges at the viewer end of this too: for example the risks around paid online concerts when it can’t be guaranteed that viewers at home have a strong, stable internet connection. Quality of hardware will be important too: the audio quality available in living rooms varies considerably.

The panel did agree that the classical sector can reap some rewards from the Covid-19 lockdown trends.

“We’re going to have reached a new and wider audience. We’ll actually have engaged with more people. We’ve maybe been a bit guilty [before] of talking to a narrow tranche of the population, and this has made us really think about who we’re for,” said Pemberton.

Long hoped that it could be a spur to regain some of the losses that classical has experienced in terms of its overall share of the music market in recent years.

“There’s so much competition for people’s eyes and ears. Classical used to be 3% of the recorded music market, and now I think it’s 1%. We need to get it back up to three,” he said. 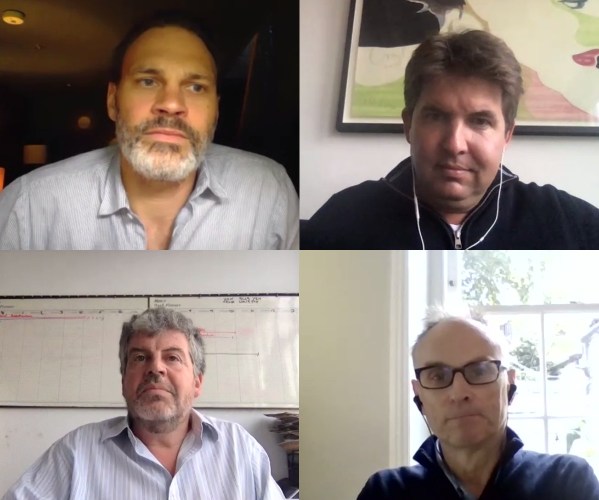 Part of that process may involve breaking out of some established habits. Steffens said that many classical artists and labels still have a CD mindset, right down to artwork designed “for the physical store, not for what you can see on your small screen while streaming”.

Pemberton praised outreach efforts like concerts of music from games, marketed to gamers rather than classical music fans.

“It’s around being smart, how you communicate what the concert is to that audience, and maybe dial down the name of the orchestra and make it about the content,” he said. “We have to tailor what we do to these new audiences.”

Playlists will have a role to play too: as a way in to classical music for some of these new listeners, who might not know where to start otherwise.

“Beginning classical fans kind of know they love classical music but they don’t know which kind or where to start. This is the million dollar question for the coming decade,” suggested Steffens.

“If the Covid situation has woken up the classical community to what it can do… to reach the forgotten half, Covid will also have some positive side, compensating for the detrimental effects it has had on our live performing.”

The classical sector is not immune from the debates about streaming in the wider music industry. One question focused on a recent complaint by an artist that she had been paid a tiny amount for more than 5m streams.

[We didn’t catch the name, but we think the question may have been referring to violinist Tamsin Little, a classical violinist who was recently in the news for this issue.]

“Either all her listeners are in south America where the rate per stream is not worth having, or she has an appalling deal with her label, because 5m streams is a lot more than that,” was Long’s swift response.

“We average 0.4 cents per stream, so it’s not very much money. The likes of Primephonic pay more than that, but at the moment we get most of our revenue from other streaming services,” he continued.

“We currently stream five million tracks a month, so you can work out how much revenue that brings in, and I think we have very fair and equitable deals with our artists, so they get to share in that revenue.”

[If you don’t fancy getting a calculator out, at the rate cited by Long, Signum’s 5m monthly streams are generating around $20k a month for the label.]

Unsurprisingly, Steffens had a positive view on how streaming can pay off for classical artists and labels.

“For solo artists and chamber music ensembles it should be possible to make a decent income from streaming, under two conditions. First, that the artists and labels embrace digital… make digital-first albums on the visual side,” he said.

“And the second thing is that streaming services start to pay classical artists fairly. Spotify pay out royalties based on how often an artist has been streamed: whether a track is two minutes or 10 minutes.”

This is a point of principle for Primephonic: it pays out royalties based on the duration of listening, rather than the number of individual streams.

In figures shared with Music Ally after the event, the company said that its average per-stream payout is £0.04135 (around $0.054 – although yes, it’s slightly awkward talking about per-stream payouts for a service that doesn’t calculate its payouts per stream.