In 2017, the MPA joined forces with dozens of entertainment industry companies to form the huge anti-piracy coalition Alliance for Creativity and Entertainment (ACE).

Two years later, the MPA bolstered its already considerable ranks with the addition of Netflix, an existing ACE member. Together with Amazon, the Hollywood studios and their partners are now engaged in legal action to bring down as many piracy platforms as they can, with a focus on IPTV and streaming.

Thus far, however, ACE and MPA actions have lacked a visible or obvious connection to law enforcement and government entities. A corresponding, coordinated public awareness aspect has been missing too but that all changed this week with the announcement of yet more partnerships at a very high level.

During what is described as a virtual ceremony, a memorandum of understanding (MoU) was signed by Derek N. Benner, Executive Associate Director for Homeland Security Investigations (HSI), and Karyn Temple, Senior Executive Vice President and Global General Counsel for the MPA. 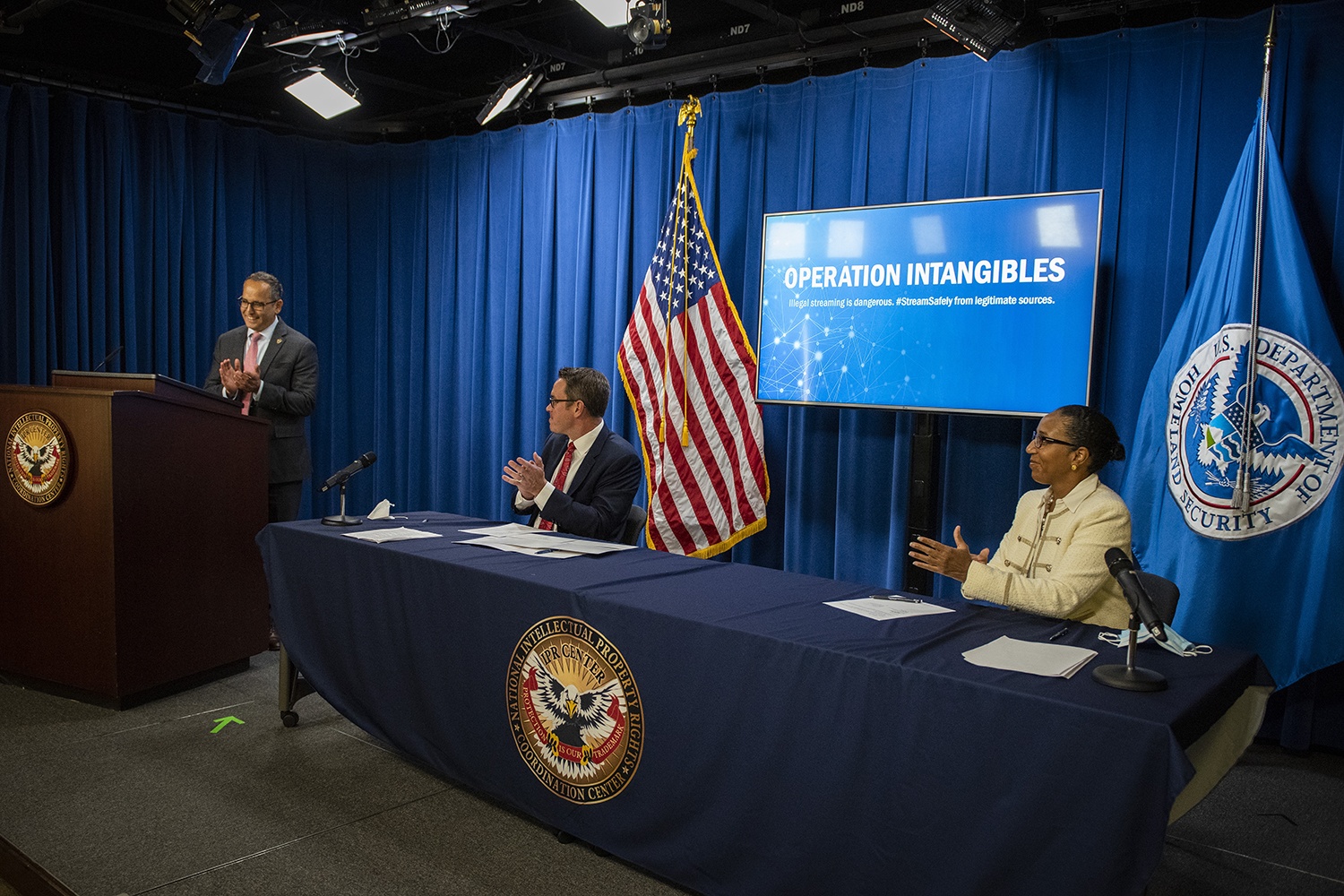 The stated aim of the new partnership is to use the combined resources of the groups to support Homeland Security Investigations and the IPR Center’s digital piracy investigations, including resource and information sharing with external anti-piracy groups.

“Now more than ever, collaboration and partnerships between content creative industries and law enforcement agencies are essential to combat digital piracy and protect consumers,” Benner said.

“Through this partnership, the IPR Center and its private sector partners will implement an aggressive multi-layered strategy to restore the digital ecosystem, educate consumers on the dangers of illegal streaming, enforce the nation’s intellectual property rights laws, and dismantle criminal enterprises that operate on the internet – thinking they are untouchable and above the law.”

Alongside the signing of the MoU, the new coalition also launched a brand new public service awareness campaign. While the anti-piracy groups and law enforcement bodies tackle large-scale pirates using legal mechanisms, they hope to convince consumers of illicit content – who keep these services alive – to stop using them.

The approach will come as no surprise.

The main goal of this campaign is no different and the StreamSafely portal is neck-deep in warnings about malware. Indeed, there are a number of videos, presented by TV host and journalist Katie Linendoll, among others, claiming that signing up to a piracy site or service is a dangerous thing to do.

If users want their machines infected, bank details, social security numbers, and indeed their entire identities stolen by criminals, piracy is the way to go, the site claims again and again. But will consumers find the message credible?

While the message is nothing new and may have some merits in certain circumstances, the alleged scale of the problem isn’t supported by much evidence. While the campaign links to various reports that claim malware is a problem, the site nor these linked papers provide any hard specifics to support the numerous claims.

PSA’s are designed to be simple and easy to consume but many tech-savvy consumers aren’t easily swayed. This could be countered by providing precise evidence and specifics of malware and identity theft in relation to pirate platforms. It would also send a powerful message if malicious services were actually named alongside details of what they have supposed to have done.

To date, this hasn’t happened. Nor have there been any efforts to explain the precise mechanisms through which these alleged dangers manifest themselves. Taking this important step would build confidence that the campaign is about protecting consumers, not just copyright holders. It would also have the desired deterrent effect. There are literally no downsides.

The Campaign Does Have its Merits

There are certain aspects of the StreamSafely campaign that aren’t up for debate. Given their very nature, legal services such as Netflix are absolutely safe to use and users can be very confident indeed that any personal or financial information provided to the platform won’t be criminally abused.

The other issue, and this is a big one, is the unreliable nature of the illicit streaming market, particularly IPTV. Experienced users of such services tend to dig in their heels at this point and argue that they have few problems, but most consumers aren’t so savvy. Services do go down and people do lose money, sometimes considerable amounts.

“Seemingly inexpensive piracy devices, apps or websites often get shut down for distributing pirated content, leaving users in the lurch,” the campaign says.

It’s a message that will resonate with thousands of IPTV and app-based pirates whose services have disappeared and taken their money.