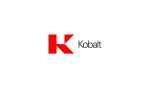 The appetite for publishing catalogues remains voracious out in investorland, so at this point all but the largest companies in that space can be seen as potential acquisition targets. Kobalt included. Bloomberg reported today that the company is "working with advisers to explore strategic options including a potential sale", according to anonymous (of course!) sources claiming the company "could be valued at more than $1 billion".

In its official comment, Kobalt didn't exactly dampen down the speculation. "We’ve always had great interest in the company. We’re always evaluating the best capital structure for the business to make sure we have the right capital partners to continue to build and grow the world’s best independent company for artists and songwriters."