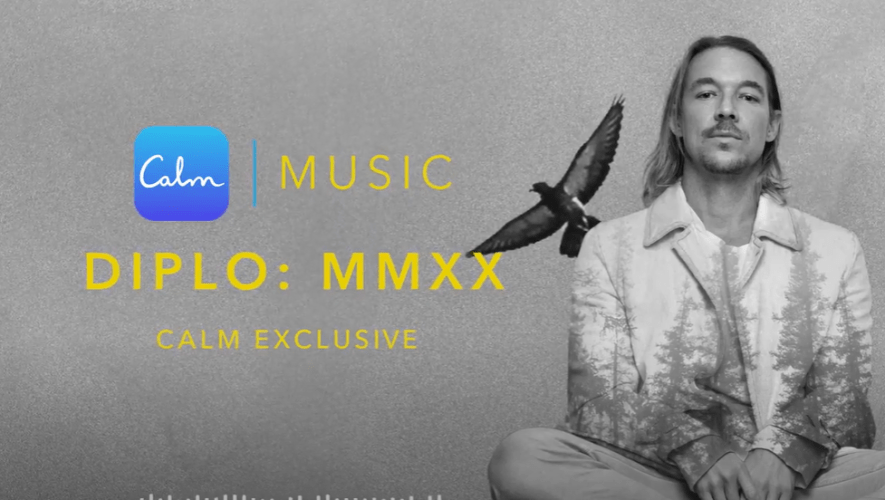 Grammy-award-winning artist, producer, and DJ Diplo is about to release his first ambient album, MMXX, and has partnered with “mental fitness” app, Calm, to premier five of the tracks from his upcoming album – numbered IV, V, VI, IX and XII – on the app. He’s the latest in a string of artists who have released music via Calm, following Julianna Barwick, Kygo and Moby, whose Long Ambients 2 was also debuted on the platform.

Releasing new songs via an app like Calm is a novel move but it makes sense: Calm supplies audio content designed for meditation, sleep and relaxation, and reports over 90 million downloads to date, which means that Diplo can reach a large audience perhaps unfamiliar with his work. It’s not unreasonable to anticipate more artists looking to connect with specific niche audiences to decide to go directly to them, in whichever app is most suitable.

Maybe there is also a micro-trend developing where usually-uptempo artists “go ambient” as a means to find shelter in turbulent times: STRFKR just premiered their (rather nice) Ambient 1 album on Youtube and in 2016 – just around the time the world started to become unsettling – Moby released his first Long Ambients album, designed for falling asleep to.