It’s almost impossible to imagine an Internet without search engines such as Google, Bing and DuckDuckGo. They make content easier to find and provide vital traffic sources for websites of all shapes and sizes.

In recent years, however, leading players such as Google have been accused of deviating from their roles as pure indexers of content. Instead, critics say, they leverage content created by others in order to keep people on their platforms for as long as possible, rather than sending people to the source. A lawsuit filed against leading search engine Yandex appears to follow this trend.

TeleSport Group owns the exclusive rights to many sports in Russia, including a deal that allows it to broadcast highlights from top-tier Italian football matches. The company posts these videos to social media platforms including vKontakte (Russia’s answer to Facebook) and Odnoklassniki, a social network for classmates and old friends.

Yandex indexed these videos and presented/embedded them on its Yandex video search site, which as the image below shows has a YouTube-style interface. 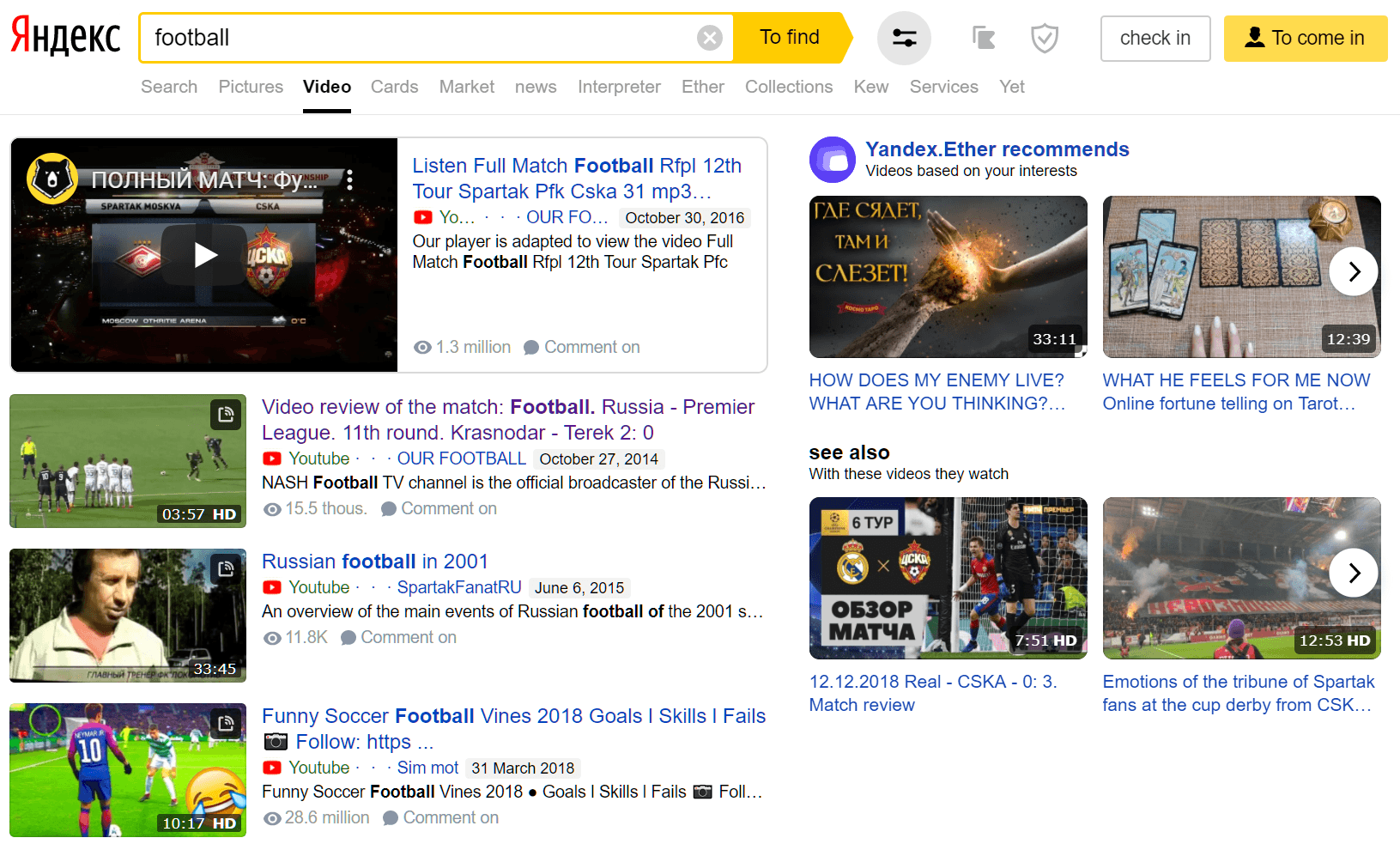 While original sources and links appear for search results, clicking on video previews or titles opens up a new Yandex page with the video embedded, something which TeleSport Group believes is an infringement of its exclusive rights.

The lawsuit claims that Yandex breached TeleSport Group’s rights to show match highlights for the 2018-2019, 2019-2020, and 2020-2021 seasons. It details 590 links in Yandex’s search results, with around 73% pointing to highlight videos posted on the official TeleSport groups on vKontakte and Odnoklassniki, with most of the remainder on YouTube.

According to Kommersant, which first reported the news, most of the links on Yandex do indeed point to official content. However, users are now informed that “video embedding is prohibited by the copyright holder” and are directed to watch the clips on the platforms where they were originally posted.

TeleSport Group says that Yandex should pay 2.95 billion rubles (around US$40m) for infringing its rights but the search giant sees things very differently.

According to Yandex, when TeleSport posted hundreds of videos to social networks, the search engine did its job and indexed that content. The platforms where the videos were posted did not prevent the search engine from doing so (search engines can be asked not to index) and it appears that at the time at least, embedding on third-party sites had not been prevented.

However, the lawsuit also claims that in 2019, TeleSport and Yandex entered into negotiations that would’ve given the search company the rights to display the videos under license. That deal was never finalized and Yandex continued to index the content so in response, TeleSport filed its lawsuit instead.

The case will be heard in Moscow later this month.