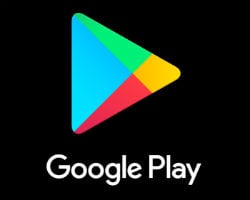 Most of these software tools cause no problems for rightsholders but some either directly infringe the rights of copyright holders or enable users to do the same.

In response to legitimate copyright complaints, these apps are removed, but for several rightsholders in Russia, not enough is being done.

Google Takes Some Apps Down But Grants Others “Immunity”

According to the Association for the Protection of Copyright on the Internet (AZAPI), an anti-piracy group representing publishers in Russia, Google needs to up its game.

AZAPI general manager Maxim Ryabyko acknowledges that over the past two years, Google has indeed removed 60 mobile applications following complaints. However, apps that belong to larger platforms have been “granted immunity” and remain available to the public, facilitating piracy as they go.

In response, AZAPI’s clients – which include Eksmo-AST (which together hold 30% of the Russian market) and Hachette subsidiary Azbuka-Atticus – have filed a complaint with the European Commission, claiming that the Google is abusing its dominant position to the detriment of the publishers who want more business from Europe.

Russian news outlet Kommersant obtained a copy of the letter, which was sent to Margrethe Vestager, European Commissioner for Competition. It complains that Google has failed to remove applications from its Google Play store that are popular among Russian-speaking residents of Europe but facilitate copyright infringement.

The Applications in Question Do Not Have a Focus on Piracy

While AZAPI’s headline argument sounds relatively straightforward, the details reveal a complex situation. The apps listed in the complaint are published by large Internet companies and are presented and utilized as general-purpose tools. None have a clear or main focus on copyright-infringing activity.

AZAPI says that the problematic apps are operated by messaging and communications company Telegram, social network for old friends and classmates Odnoklassniki, user-generated article service Wattpad, plus email service Mail.ru and YouTube, which needs no introduction.

The failure to remove these apps from Google Play creates barriers to entry to the European market for applications offering legal content, which include Storytel, Bookmate and LitRes, the complaint alleges. In comments to Kommersant, AZAPI’s Maxim Ryabyko said that something needs to be done.

“The Russian-speaking audience in Europe communicates on Odnoklassniki and other social networks, and while it provides access to a large number of pirated copies of books, it remains inaccessible to legal services. Meanwhile, the scale of consumption of legal e-books in Russia is growing,” he said.

While Google-owner YouTube and Telegram have yet to comment on the complaint, Odnoklassniki said it had tried to solve the problem with AZAPI but its efforts appeared to fall on deaf ears.

A representative from the company said that AZAPI had been repeatedly asked to supply an “exhaustive list” of pirated content on the basis Odnoklassniki would prevent it from being made available via its application. That list never materialized, so they continue to process individual takedown notices on request.

Furthermore, Bookmate – one of the legal platforms that is allegedly being damaged by the availability of pirate content on platforms like Odnoklassniki – doesn’t agree with the position taken by AZAPI.

Dissent In The Ranks: No Barrier to Entry, Says eBook Service

“This is not at all a barrier to our development in Europe,” Bookmate CEO Andrey Baev told Kommersant.

“Mechanisms equivalent to the DMCA have long been provided, which work great and to which everyone responds, including Google. The same goes for WattPad, which works very clearly at the request of copyright holders. Pirated copies are downloaded on torrents, but this does not apply to applications,” he added.

While the company is yet to respond, it seems extremely unlikely that Google will remove the applications listed in the complaint. Not only do they have overwhelming non-infringing uses, but the companies that operate them respond directly to copyright infringement complaints, which allows rightsholders to remove or block content from becoming available.

While it’s hard to second-guess AZAPI’s goals here, one possibility is that it may be seeking to compel these platforms to enter into some kind of official licensing deal. But whatever the motivation, the complaint is now with the European Commission, which will draw its own conclusions, ones that could take a considerable time to reach.