SoundStorming could be a lot of things, and at a glance the platform appears to begin a trek up that unassailable summit of music-tech: A Social Network For Music. But co-founders Alícia Rius and Arnau Bosch are keen to explain that their aim is simple.

“We want to get the fans on board earlier than the release date, and bring them to the beginning of the creative phase to make them fans sooner. Our mission is to build a more equitable ecosystem for artists and fans.”

Their big idea is that musicians should use music to communicate with fans, and that SoundStorming “helps them make music while they promote it. It allows them to use their musical ideas as a social post to connect with an audience to bring them along their journey.”

Both Rius’s and Bosch’s backgrounds are in advertising. Bosch was group creative director at TBWA\Media Arts Lab, the creative agency that’s been working with Apple since the mid-1980s, while Rius is both a copywriter and project manager, and a professional photographer who’s worked for a variety of publications and brands.

SoundStorming came out of Bosch’s own experiences as a musician. “When I moved to new cities I used music to connect with new people – by recording my music to send over emails and to share by messaging,” he says.

SoundStorming is a social platform, but Bosch admits this this is a loaded phrase. The company wants to help fans connect to artists, and earlier in the creative cycle.

“We are the first step on your journey before you release your track. By making that social, you open up all these opportunities,” he says. Those opportunities include building fervent fanbases, but also reaching other artists, brands, labels and other industry entities.

What problem is SoundStorming trying to solve?

“The industry is built around the final songs, not artists. Artists don’t have a way to profit from the actual process of making music,” says Bosch.

That’s what SoundStorming is aiming to change: in its world, songwriting sessions, demo recordings, rehearsal clips and video shoots are a series of tiny releases, each a chance to test new material, call for collaborators, and connect with fans. And make money from it too.

“One of the tasks we were challenged with working for Apple was to help promote upcoming artists that didn’t have new material, or were not ready to release an album or go on tour,” says Bosch.

“The answer is to create new exclusive content like documentaries, music videos, or interviews to bring attention to the artists. I realised that even big artists supported by big brands and companies have to speak to the audiences every single day.”

Spotify CEO Daniel Ek recently sparked a wave of criticism for talking about this “continuous engagement”, but it’s an accurate description of the current streaming environment. Inviting fans into the creative process is one way of navigating it, if an artist is comfortable with that.

SoundStorming’s role is partly to turn these moments into social posts that will help artists “know their fans better, communicate to them with music, and help fans become superfans.” The theory being that artists can still devote proper focus to their creative process along the way.

“Social platforms are a distraction – artists spend 70% of their time thinking about what photo to put on Instagram. They move out of making music and become marketers and content creators – that’s not what they want to focus on,” says Bosch.

In SoundStorming’s future, there is no “dead time” when artists retreat from view to create music – they simply share the fruits of the creative process, and the platform makes that their social feed.

“Artists are looking to bring fans along the journey and connect with them – and if they open up their processes, that increases engagement with fans.”

SoundStorming’s feed of music is often, as titles like “Dreamy vaporwave needs vocals” suggest, work in progress. It feels like a stroll through the studios of an art college: scraps of ideas from lots of different artists are on display, and the ‘collaborate’ button allows you to play along.

This audio-first focus feels at odds with the dominating image-led social platforms, but that’s the point, Bosch says: “We know that images and videos obviously bring another level – but at the same time it means an artist has to spend way more time on that. By making it about their [musical] behaviour, we’re opening the creative process.” 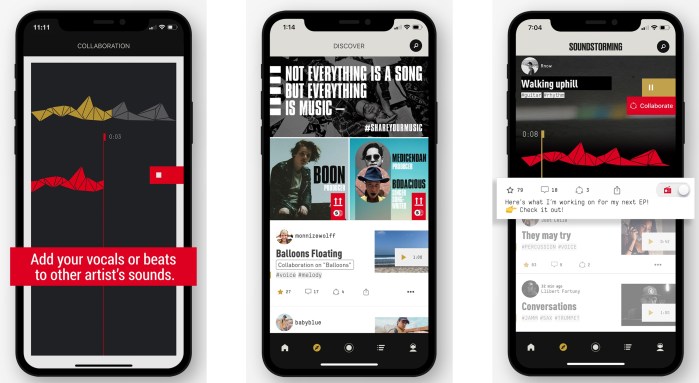 He compares the traditional music-making cycle with the way Chinese streaming apps allow fans to connect to artists through tipping, or livestreams.

“We have been consuming music passively. But in Asian markets they shifted the model to focus on the fan experience rather than just the music. I think that’s what we’re moving towards.”

Rius agrees: “Attention spans are so short. SoundStorming has one-minute pieces of music that change quickly, so we feed people what they want. People create content fast…”

“…and artists can get feedback really quickly to help them develop their music,” continues Bosch. Rius finishes the thought: “The more people consume, the closer they get to the artists – and that’s good for the artist.”

SoundStorming’s vision of artist-fan relationships as these tight social groups with constant sharing might just have been sharpened by the Covid-19 pandemic.

“Artists used to think they couldn’t post things that were unfinished – now they are forced to share their process. I wonder how many songs would not have been released if it was not for this pandemic? They post videos of them playing in their pyjamas – and people love that. It inspires the people looking from the other side.” 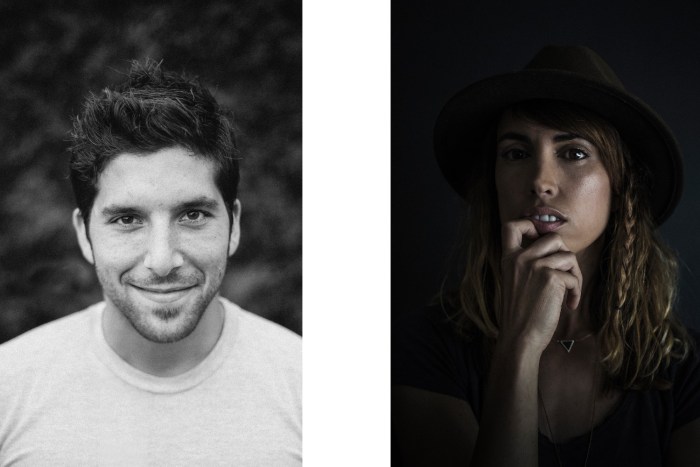 “The early adopters are up-coming artists entering the industry – and they need connections with other artists and are looking for feedback to evolve as an artist. But the ultimate goal of the platform is way deeper than that. A&R people are jumping into so many platforms to discover artists – they are always scattered between platforms – so we want to give them the tools to discover artists on SoundStorming.”

Importantly, it’s not just for emerging artists. Established stars can benefit too, and Rius and Bosch are “already talking to labels to bring in artists with a big fanbase to communicate with their audience. When you get to the top tier artists, they will be sharing differently, like how John Legend posts little clips of him recording a song on Twitter. These bits and pieces of songs can promote their music.”

And artists of any size can turn stumbling blocks into creative and marketing opportunities. “Fans are music makers too – they will love to share ideas with their idols. We will give artists all sorts of tools: an artist could post a beat and ask for vocals, with a 24-hour time limit to make it exciting for the fans and artists. So fans could create a vocal and others could upvote it, and the artist could pick the best.”

How will SoundStorming make money?

SoundStorming will have three main revenue streams. The platform is free to use, but in the future will offer in-app purchases to improve the experience for creators: “increasing recording times, creating private groups, or an offline function.”

Second, the app will connect artists and fans with brands through targeted in-app adverts. Third, albeit further down the line: a paid membership models for “artists who really take it seriously” – including access to mentorship and connections to A&R and labels. SoundStorming also hopes to be able to create new income streams for musicians.

“There’s lots we can do, like providing functions for fan support and artists’ exclusive content. We will be able to sell merch too, but we can take it further – artists could have a livestream channel for a specific time, just for paid members or fans,” says Bosch.

If Charli XCX’s thousand-strong Zoom rooms – where fans scrambled to spend some virtual quality-time with her – are anything to go by, these are opportunities fans want.

Who is SoundStorming looking to work with?

The stakes are high, as the app needs lots of interaction between artists and fans in order to work. But there’s a lot of potential in SoundStorming: a music-focused social platform built to be a targeted marketing tool, an A&R tool, and a source of income for artists.

For now, Bosch wants to connect with musicians “who are intrigued by new ways to collaborate and finding new audiences. We are free for them to try right now. We are also keen to talk to labels and A&R – they have a list of artists that are looking for ways to communicate, and there’s a lot they can do to engage a fanbase and help them find artists on SoundStorming.”

Rius explains that SoundStorming would work with labels as a consultation agency: “Instead of selling user data to companies, we want to do the opposite – a label can come to us for help and we can go through our data and provide them with information on what’s coming up, trends, and most supported musicians.”

But we can also create connections with brands,” adds Bosch. “That will be the fun part – the collaborations that become campaigns. Once we have those A&R connections, we will have lots of inspiring campaigns we’ve never seen before.”