Made In Memphis Entertainment (Mime), launched in 2015, has a quietly radical idea at its core: ‘disruptive decentralisation’. It’s about creating a root-and-branch alternative to the traditional music business structure. And the company is starting local, in Memphis, Tennessee.

At present, Mime’s family of companies includes Beatroot Music, the only Black-owned music distributor in the US; Mime Records, an independent label; Heavy Hitters Music, a film, TV, and ad sync company; Royalty Claim, a platform to recover unclaimed royalties; and 4U Recording, a recording studio and central creative hub in Memphis.

Mime intends to roll out similar models in other cities, however, to create a network of hyper-local recording, A&R, distribution and artist development businesses. That’s the disruptive part.

What’s the problem Mime is solving?

Artists can connect with the world from anywhere, but the big-city hub-like nature of major labels and publishers continues to put the emphasis on those artists to come to them.

Mime’s co-founder and president Tony Alexander thinks that the industry should go to the artists: hence offering its suite of label, distribution and marketing services in artists’ backyards.

Alexander’s background as a senior pastor and community activist, with a long career in legal council, as well as launching and selling a number of startups, is mainly outside of the music business.

That makes for a good combination with co-founder (and Mime CEO) David Porter, who along with Isaac Hayes co-wrote a string of hits for the storied label Stax, including ‘Soul Man’ and ‘Hold On, I’m Comin” for Sam & Dave.

Mime was initially as much an altruistic endeavour as it was profit-driven. Porter started a non-profit called The Consortium MMT, in 2012 and Alexander got involved.

“We were developing talent but the artists had to look outside of Memphis – Los Angeles, New York, Nashville, and so on – for opportunities, so we realised that we wanted to create a meaningful industry with a broader perspective in Memphis. We launched Mime so they can create in Memphis, with the same ecosystem as elsewhere,” he says.

Porter leant on his experience as a Hall of Fame songwriter to open doors and connect Mime to the established industry, and the company built its 4U studio first to act as a central hub. 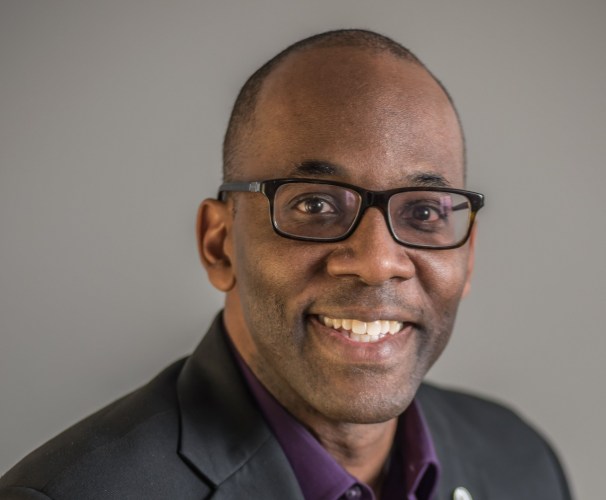 Mime’s approach seems counterintuitive: why restrict your focus to a local level in the most internationalised world we’ve ever seen? Alexander’s mantra is methodical: act local, think global.

“We want to serve underserved markets rather than going into main markets. So we launched a publishing and distribution company and built out. We were able to build opportunities for artists here and we had a regional footprint – it gave us the opportunity to see what worked,” he says.

“We had artists recording who also needed a distributor – so they could record, mix, and master with us, and then deliver it from the same location. And, unlike other distributors, they can talk to a real person.”

If artists have been trained to assume that going to a major music-business city is what they need to further their career, does that present Mime with a challenge in convincing them to stay local?

“They appreciate the peace of mind. They’re looking for frustration-free delivery of content. DIY artists are struggling and want assistance without giving up all their rights, and we can do that,” says Alexander.

“We understand the market in this region, and it allows us to give them constant attention. They feel they have the same support as a major, but without that major deal.”

Mime has two tiers of deal: Standard deals involve the basics like playlist support, project management, and marketing. Premium deals involve Mime putting up the necessary capital, when “the artist has a team and wants someone to help fund a campaign. In exchange, we look for a longer term arrangement or a percentage of royalties until recoupment, and then a percentage adjustment.”

Mime never takes ownership of masters and compositions, which Alexander says is influenced by Porter’s experiences at Stax.

“In the next few years David will experience reversion of his copyrights, and they’re generating millions. But early in your songwriting career you don’t have leverage without giving up ownership, so we want to find a new way of doing it.”

How does MIME plan to make money on a national level?

Mime also has ambitions to make money – so how do you move from locally-minded to nationally-competitive?

“We believe in this model, and we’re about to finalise a space in LA and Atlanta. We’ll have studio space and we’ll be able to replicate the service in Memphis in other places,” says Alexander.

The local nodes will be interconnected – and artists will be able to use facilities in other cities. Why are the big major-city-centric incumbents not doing it too? Alexander claims it’s because they didn’t think they needed to: they thought the pattern of artists coming to them would continue.

He adds that Mime has already managed to drag its bigger competitors to Memphis, although that presents its own challenges.

“When we launched, we initially had our pick of producers, writers and artists who wanted to work with us. And then competition arrived. UnitedMasters [the distributor founded by Steve Stoute] started talking locally to source talent – Sony/ATV and Warner Chappell too. We found ourselves competing in our backyard – and that’s what we were looking for! We created options in Memphis.”

“I don’t think it was a coincidence that, when we announced that we were moving into the Atlanta market, Sony/ATV decided to set up shop there too… they understand what we’re trying to accomplish. They see the value in our model.”

Collaboration is at the core of MIME’s approach

Alexander says that Mime’s industry experience, local knowledge, and willingness to invest smooths the process of connecting with the majors.

“David Porter has industry credibility – they know he’s not a fly-by-night guy. We found ourselves reaching out to create collaborative opportunities and do writing camps, utilising our studio facility,” he says.

“We hosted the Recording Academy’s writing camp in March 2019, but we also reached out to Universal Publishing and Warner Chappell to bring writers to work with our label artists, as well as working with artists on major labels. It gives better exposure for the creatives we have signed, and it gives us a seat at the table.”

On a local level, Mime seeks people on the ground with good connections and who can “make the phone call and knows the meaningful impact – someone who understands the landscape,” and can influence key decisions.

“On the sub-publishing side, we found that we have a lot of content that is embraced by telenovelas [long-running soap operas] in Brazil, and even though our content may be a little more expensive, there’s a willingness to keep using it, because we have people there who can pitch it – and because of the years of experience of seeing how our content performs.”

Alexander has put his finger on how he thinks the altruistic side of his business will enable success on the money side. Education he says, will boost its model.

“Education is very important to transform the industry. There is, in many ways, a vested interest in many entities to keep people ignorant,” he says.

“The only people who want transparency are the artists. Almost everyone else likes the murkiness, as it allows profitability on the backs of those who are uninformed. So we’re putting on seminars and trying to educate along the way, and the writers will start to lead the transformation. They’re hearing “own your masters” – but they don’t know what it means!”

“With a deeper understanding of how companies can be your ally and not your exploiter, an empowered creative base will understand that you can coexist with organisations that are here to help and fuel what they are doing.”

Alexander sees a wider trend of the industry moving towards more transparency.

“In the long term it’s inevitable. We will start to see the ecosystem start to stratify. We’re seeing, right now, majors very high on the food chain,” he says.

“When A&R and artist development was very important to them, they put a lot of resources into that – now they wait for artists to bubble up to a point where they generate enough income to justify majors investing in them to take them to another level.”

“So we’ll see those sitting in the middle who are willing to develop artists, producers and writers, and if the artist wants to do a major deal, they will be willing to transfer them on.”

He continues: “As each group settles into their level, there will not be as much antagonism – they’ll all do a dance and serve a unique purpose along the career trajectory for artists. And at that point transparency will make sense. This is happening in every other industry where people have a greater level of specialisation – so they are not concerned with what other people are doing and they will stay in their lane.”

Mime will continue its local-first approach, and extend their reach. “It’s important to be in the major markets, but the future is to go into smaller markets.”

Mime is using data from external tools and their own to find them. “We partner with Entertainment Intelligence as well as use internally-developed tools. There is certain information that we have that others don’t. The data from our constellation of companies allows us to do this.”

For comparison, Alexander cites the explosion of successful composers that emerged from Scandinavia in the last decade. “Had there an opportunity to get a sense of where these cradles of emerging talent were through data, a lot more people would have invested earlier to access that talent.”

Finally, the company is putting down strategic roots, too.

“We’re trying to get our team members to be active in a variety of different organisations – I was recently invited to join the advisory board of A2IM, we are sponsor of the Guild of Music Supervisors, and we are part of AIMP – so that we stay connected in trade organisations that are important to the ecosystem.”

Education, transparency, opportunity, and the power of local activity sounds like the stuff of Gen Z fever dreams, but Mime is doubling down on their belief that this is the future. Its Atlanta and Los Angeles branches will be announced soon, and Alexander says that the group is home to a happy group of creatives.

“We educate our artists… and we have a pretty pleased roster as a result. It’s been healthy, because people can just walk away. But we’re open about our fee structure, so artists can go and explore, and after a while, we find they come back because we don’t have fine print,” he says.

Alexander is hoping for some more ruffled feathers among the incumbents of the music business, too.
“We have heat maps of where talent resides. It will be interesting when people say ‘why are you going there?’ And it’ll be because there’s a concentration of talent that’s been underserved.”

Need to know: Made in Memphis Entertainment factfile