Who cares about the charts nowadays? Well, 3.2m Brits do… | Music Ally 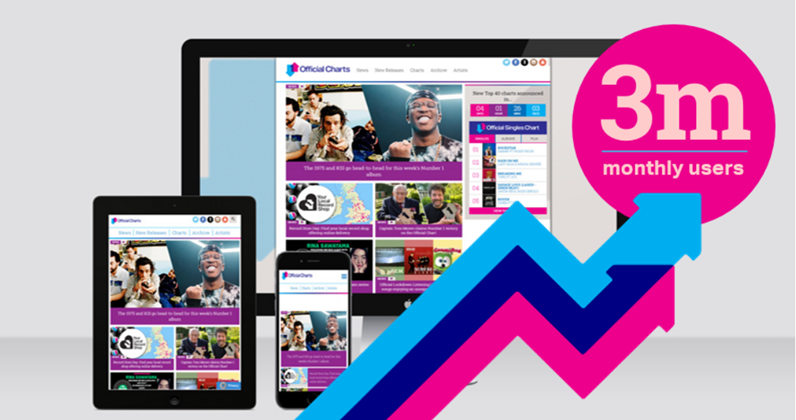 There’s a notion you’ll see voiced quite often in 2020, which is that ‘people don’t care about the charts any more’ – referring to the official music industry charts, rather than the rankings on streaming services (which are perceived to still carry a certain degree of clout).

The UK’s Official Charts Company is offering a statistical riposte to all this, however: its website broke its quarterly traffic record in Q2 this year, attracting nearly 3.2m unique monthly visitors.

“The engagement figures speak for themselves – music is the beating heart of Britain, and the one and only Official Chart remains one of the greatest snapshots of our lives here, through good times and bad,” was the ebullient statement from CEO Martin Talbot in the OCC’s blog post outlining some of its activities that fuelled the traffic growth.

Note, there’s some clever content and social-media promotion at play here: for example a recent campaign encouraging people to use the OCC’s archive to find their ‘quarantine anthem’ (the song that was number one on their 12th birthday), so not all those 3.2 million visitors are necessarily checking out the current week’s chart.

Still, it’s a good example of how an official chart can stay relevant in other ways too.