More Japanese people are willing to engage with music via streaming during the ongoing Covid-19 pandemic, according to a survey of Japan’s music industry conducted by Music Ally.

Music Ally Japan surveyed labels, managers, producers and other industry figures in the months of April and May, asking them about the impact that Covid-19 has had on the industry in Japan.

Among the questions: whether their artists had seen an impact on their streams since February this year. 10.9% said they’d seen significant growth in streams, and 36.4% had seen modest growth.

Meanwhile, 32.7% said their artists’ streams had been unaffected, and 20% said they’d seen a modest decline.

The survey also revealed a significant impact on physical and digital album sales, however. 65% of respondents said that sales of CDs and vinyl records had declined, while 89% had seen a decline in downloads.

This data reflects similar findings from studies conducted in more mature, streaming-driven markets like the US.

The Japanese music industry has also seen a resurgence in catalogue streams, with 38.2% of respondents saying they’d seen a significant increase for this portion of their catalogues. 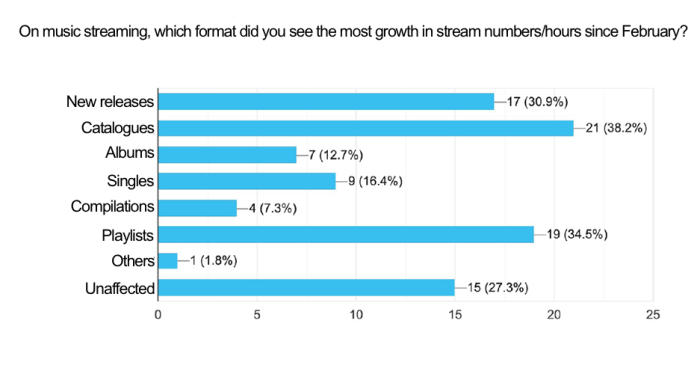 Music Ally Japan’s survey also suggests that the Japanese industry is seeing a growth in streaming not just from younger listeners, but from older demographics too. One of the effects of the Covid-19 pandemic appears to be helping streaming to find a broader audience in Japan.

In 2019, Japan’s recorded music market was still dominated by physical sales – 68% of total recorded music revenues according to the IFPI’s Global Music Report. 2020 may find music streaming increasing its share even more sharply than expected in Japan, as a result of Covid-19 and the stay-at-home economy.

Streaming growth is coming not just from global players like Apple Music, Spotify and Amazon Music, but also from local services like Line Music, which recently added new features including ticketed virtual meetups and livestreams within its platform.

Consultancy firm Midia Research told Music Ally that there were around 16.9 million paying music subscribers in Japan at the end of March, with Amazon the standout leader, and the rest of the market fairly evenly distributed between the other platforms.

Music Ally Japan’s survey also found that more people are spending time on TikTok for music discovery since the pandemic began, and that this is translating into streams and other fan engagements.

Many industry insiders see TikTok as a vital tool to break new talent and relaunch catalogue music. It has also helped international artists like Doja Cat to quickly build their listeners in Japan in recent weeks. 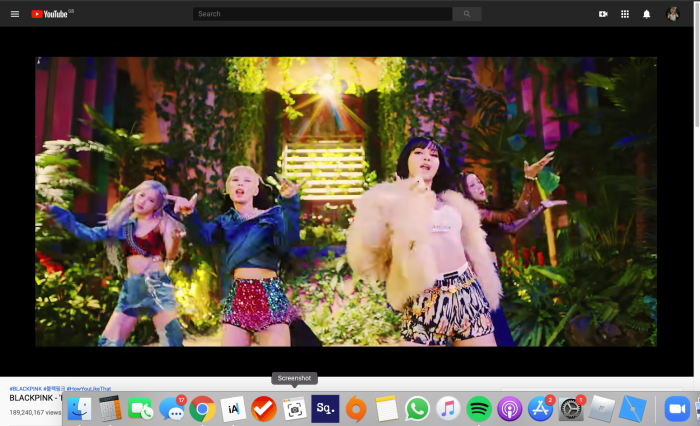 Overall, there is a new reality in the Japanese music market. The Covid-19 era consumer behaviour shows that there is a higher acceptance for paid music streaming services, and that more people are using them to listen and to engage with artists in various ways.

Before Covid-19, physical CD activations, TV appearances and live shows were a bigger part of the traditional ‘Go Big’ marketing plans for many Japanese artists, as well as international acts on tour.

Now the industry has been challenged to rethink its campaigns and overall strategies to encourage greater use of streaming and other digital platforms to build artist-fan relationships.

Artists and music marketers alike are finding that there are plenty of opportunities to build your own ecosystem, become relevant, and engage with audiences in Japan.