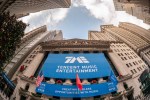 On Friday it emerged that Chinese tech giant Tencent had bought a chunk of shares in Warner Music Group… but confusion reigned over exactly how much it had invested. The Wall Street Journal claimed it was $200m, while MBW said it was around $100m. As it turned out, both were right. Tencent Music Entertainment, the music streaming […]