With close to two million subscribers, Reddit’s /r/teenagers sub-Reddit is a massive community by any standards.

“Run by teenagers for teenagers”, this section of Reddit is “primarily for discussions and memes that an average teenager would enjoy to discuss about.”

This week, however, it also became a hive of copyright-infringing activity.

For reasons that aren’t exactly clear, young people suddenly decided that their favorite discussion forum should be spiced up a bit. Not with the freshest of fresh memes but a flood of pirated movies considered popular with the younger generation.

One of the first to be uploaded was the 2020 movie Sonic the Hedgehog, complete with embedded subtitles for any Korean visitors. As the image below shows, the post received a selection of awards, thousands of upvotes and hundreds of comments, some expressing praise and others a level of surprise. 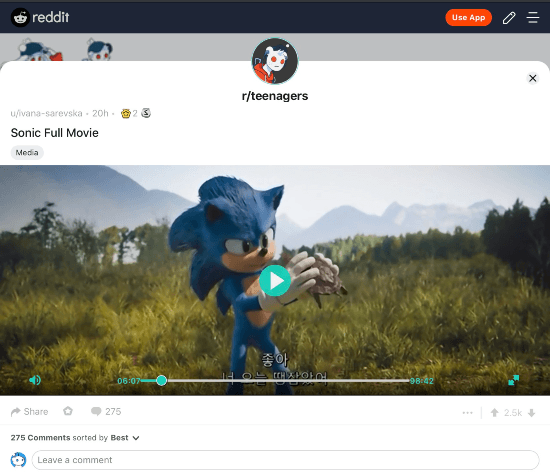 With a minority wondering if these uploads were a particularly good idea, the fuse nevertheless appeared to have been well and truly lit. Over the next several hours the feeding frenzy continued, with uploads of movies including Cars, Bee Movie, The Incredibles and Toy Story, to name just a few.

Despite little immediate fear that something bad might happen to the uploaders (a couple of ‘FBI’ and “Wait…this is illegal” comments aside), at least one user uploaded a copy of Shrek, with a note pleading with Dreamworks not to sue them. 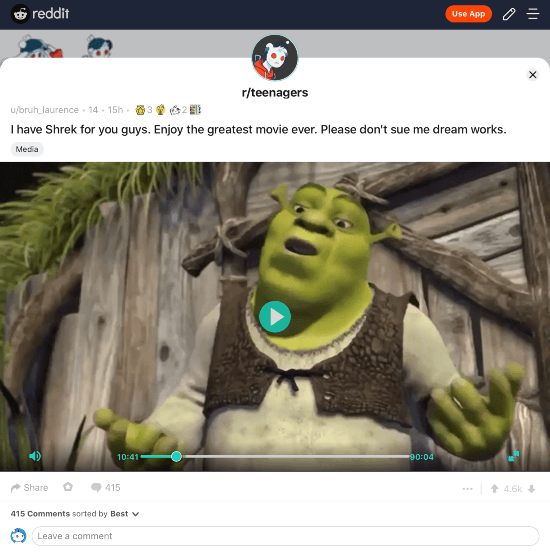 While Dreamworks probably has bigger fish to fry, Shrek movies continued to be uploaded, with copies of Shrek 2 and Shrek Forever After adding to the bootleg viewing experience spreading across the sub-Reddit.

What it must be like trying to control a sub-Reddit full of teenagers is open to guesswork but the moderators were certainly kept busy for a while trying to delete the movies being uploaded. However, despite best efforts to delete the posts, in many instances the movies themselves remained stubbornly embedded, only adding to the viewer count and the “new trend” of pirating Hollywood movies on /r/teenagers, as one user put it.

It’s worth remembering that the teenage bracket spans a wide range of years, at least as far as life experiences go. The sub-Reddit attempts to cater to 13 to 19-year-olds, which may go some way to explaining why some were crazy for Shrek while others preferred something a little more…sophisticated…. 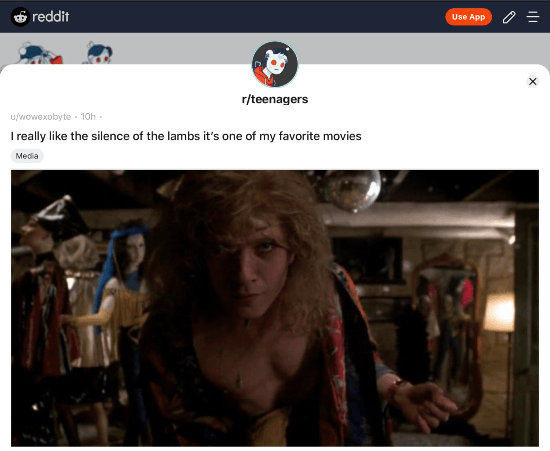 While Reddit users have found themselves banned for repeatedly posting copyrighted content, this ‘trend’ – like many teenage crazes in history – went off with a bang and then fizzled out when people got bored of being outrageous.

Soon after, it was back to memes and other things teenagers love to discuss these days. No intention of going into detail here but suffice to say, posting movies appears to be relatively tame these days.