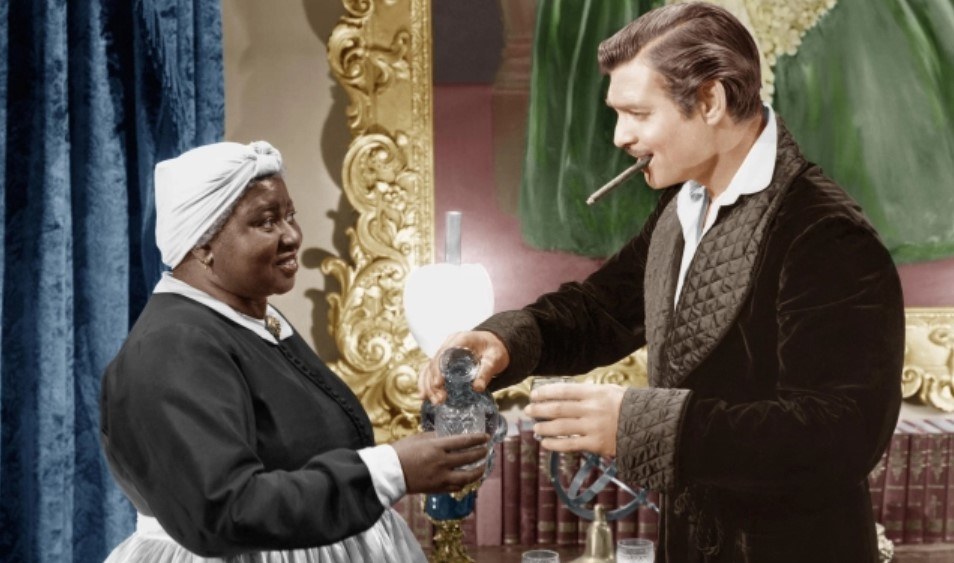 Racism is a problem that has existed for centuries. Every day, it affects the lives of millions of people.

In recent weeks, the death of George Floyd has ignited a storm of protests around the world. The protesters highlight the many problems that still exist in our society today, demanding change.

In response, many people, organizations, and companies have vowed support for the cause, often out of good will and intent. However, words and promises don’t change anything, so ‘action’ is demanded as well.

Last week, this led to a purge of several movies and TV-shows from popular streaming services such as HBO, Netflix and the BBC. This includes the iconic film Gone With the Wind, British TV series such as Little Britain, and a controversial episode from Fawlty Towers.

The argument in favor of this drastic action is that some storylines, depictions, and sketches are seen as racist. Because of this, it’s best to hide them from public view, as if they never existed.

Needless to say, these decisions triggered a lot of different opinions and responses which we’re not going to repeat here. However, we do want to highlight one of the side-effects that became clearly visible on pirate sites.

While looking through the most-downloaded movies on torrent sites this weekend, we suddenly saw a film from 1939 among the most-pirated titles. Indeed, Gone With The Wind was sitting right in between Bad Boys for Life and Becky in the top US downloads.

This prompted us to do some more thorough research. With help from several public resources including iknowwhatyoudownload.com, we obtained a sample of the pirate download patterns on torrent sites over the past week. The numbers for Gone With the Wind are shown in the graph below.

Pirate downloads of ‘Gone With The Wind’ 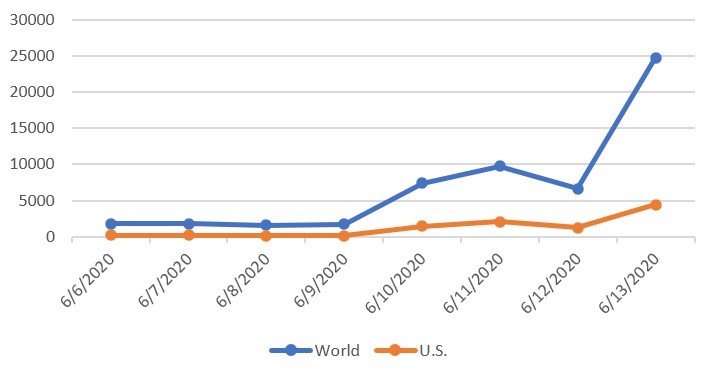 The download figures clearly show that people moved to pirate sources when the film was pulled. In our sample, worldwide downloads of Gone With The Wind increased more than 1300% from Saturday 6th to Saturday 13th. In the US this increase was over 2200%.

This surge in pirated downloads is not limited to Gone With the Wind. We see a similar pattern for Fawlty Towers, even though just a single episode was pulled. Worldwide the piracy numbers increased 400% and in the UK the weekly increase went over 1000% at its height. 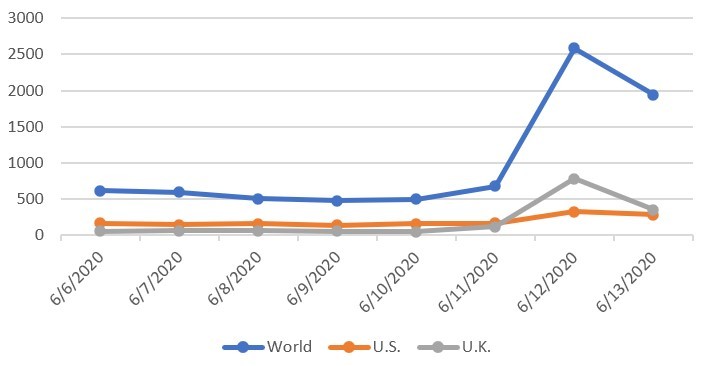 A similar pattern is visible for the series Little Britain. Last Wednesday the number of downloads on torrent sites were up nearly 1400% worldwide and in the UK this percentage was even higher, with a 5000% increase. 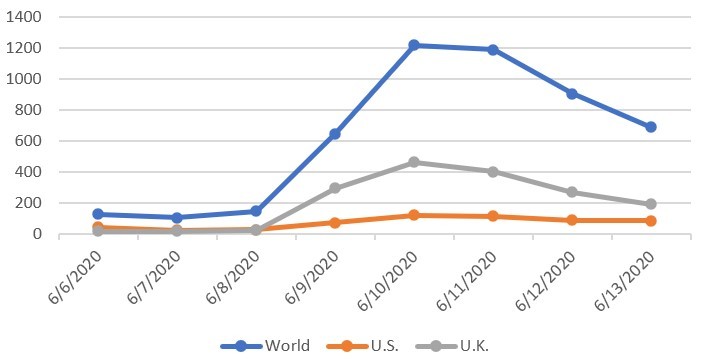 The reported download patterns clearly show that pulling the shows from the official market triggered a surge in pirate downloads. But does that mean that everyone who downloads these titles is racist? And what about the millions of people who watched them in the past?

We don’t have any answers here. What we do know though, is that hiding history is unlikely to change anything. History books are filled with evil things. Things we can learn from in order to change.

It appears that HBO now realizes this as well. While Gone With the Wind is still unavailable, it’s expected to make a comeback with a proper introduction to put it into historical context. The BBC also said it will reinstate the controversial Fawlty Towers episode, warning viewers in advance of “offensive content and language“.

Note: The graphs and download numbers presented in this article are based on a sample of the total number of downloads on torrent sites. This is a fraction of the total piracy ecosystem.