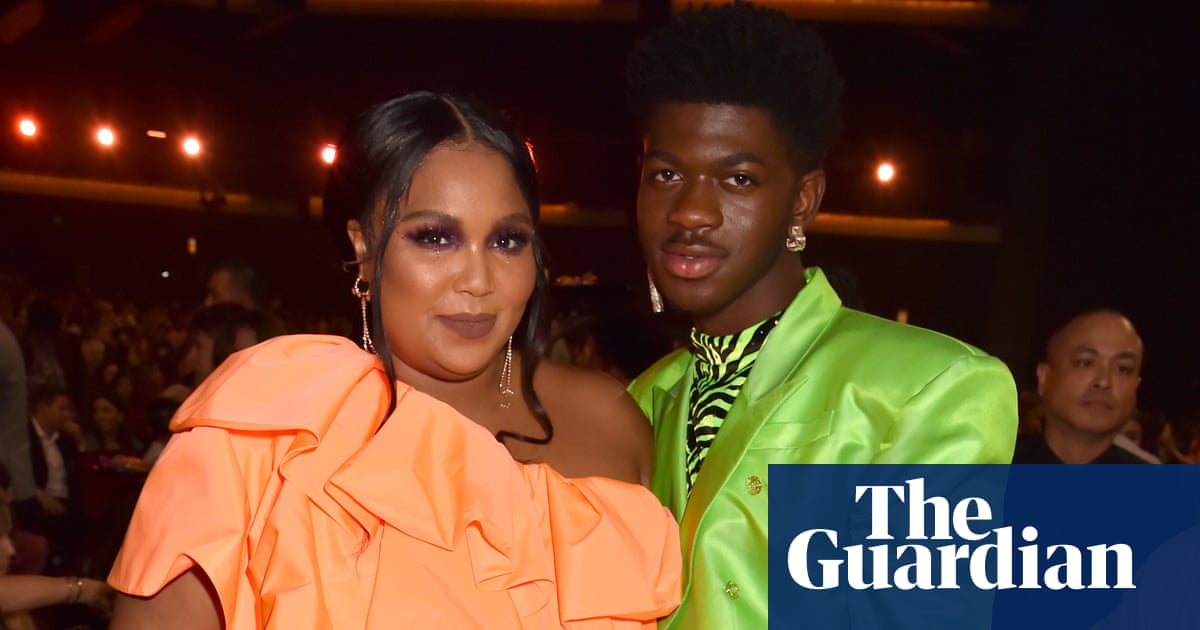 Lizzo and Lil Nas X have condemned a music industry-sponsored social media movement to suspend business activities in support of global protests sparked by the death in police custody of George Floyd in Minneapolis.

On 2 June, the #BlackoutTuesday hashtag, accompanied by images of black squares, dominated social media, flooding Instagram and Twitter feeds. What was started by Jamila Thomas, a senior director of marketing at Atlantic Records, and Brianna Agyemang, a former Atlantic executive, “in observance of the long-standing racism and inequality that exists from the boardroom to the boulevard” under the hashtag #TheShowMustBePaused quickly became co-opted by celebrities, brands and individuals.

Old Town Road rapper Lil Nas X criticised the initiative in a series of tweets. “I just really think this is the time to push as hard as ever,” he wrote. “I don’t think the movement has ever been this powerful. We don’t need to slow it down by posting nothing. We need to spread info and be as loud as ever.”

Many social media users noted the disparity between the 28.5m Instagram posts using the #BlackoutTuesday hashtag and the 13m signatures on the petition calling for justice for Floyd. Lil Nas X suggested: “What if we posted donation and petitions links on Instagram all at the same time instead of pitch-black images.”

The California R&B star Kehlani criticised the potential for #BlackoutTuesday to suppress the sharing of information between protesters. “While I do appreciate the idea … don’t y’all think getting off our form of communicating with each other, sharing info, seeing news … for a whole day … in the middle of a war on us … is kinda dangerous? By all means don’t spend. But we need each other on HERE.” She continued: “Anything could go down wit no ability to warn each other/help each other.”

She emphasised her admiration for the original #TheShowMustBePaused initiative started by Thomas and Agyemang, both black women. “I don’t want anyone thinking that’s what I called out as bullshit earlier. What I called out was a bunch of suits on instagram saying black out Tuesday for the industry. With no context. No nod to the original organisers or the original flyer.”

On a website started by Thomas and Agyemang to clarify the intentions behind their movement, the pair wrote: “We will not continue to conduct business as usual without regard for black lives.

“The music industry is a multi-billion-dollar industry,” they continued. “An industry that has profited predominantly from black art. Our mission is to hold the industry at large, including major corporations + their partners who benefit from the efforts, struggles and successes of black people, accountable.”

The two women stated that this was not simply a 24-hour initiative. “We are and will be in this fight for the long haul. A plan of action will be announced.”

Leading labels drew criticism for posting generic statements pledging solidarity and reflection, and postponing the release of new music, instead of detailing tangible action plans. Spotify attracted derision for adding an eight-minute, 46-second silent track to certain playlists and podcasts on the platform – the length of time that Minneapolis police officer Derek Chauvin knelt on Floyd’s neck, resulting in his death.

Abel Tesfaye, AKA the Weeknd, donated $500,000 to organisations fighting for racial equality. The Canadian R&B star tweeted: “To my fellow respected industry partners and execs – no one profits off of black music more than the labels and streaming services. I gave yesterday and I urge you to go big and public with yours this week. It would mean the world to me and the community if you can join us.”

Bleachers frontman and pop producer Jack Antonoff questioned how much money labels, publishers, streaming services and other music industry sectors were donating to the fight for racial justice. “When it comes to massive billion-dollar companies that make wild profits ... I’d love to see the numbers when it comes to their support,” he tweeted. “Sorry for the lack of faith but the music industry has a very long history of being totally full of shit.”

The British producer Mura Masa condemned the push for silence, saying: “Inaction is what got us here.” He announced that his team were starting a 12-week course for 10 black women to train in technical live music roles. “It begins to address a problem that we’ve privately discussed at length whilst putting my own show together, in that there is a serious, serious lack of women of colour occupying these roles and we would love to have that change.”

In a video posted to Instagram, Lizzo encouraged her fans to vote in the US presidential primaries. “There are many ways to protest. Find your voice and use it.”