When the COVID-19 pandemic started to spread across the globe this year, there were noticeable changes in Internet traffic patterns.

Internet usage went up overall, with YouTube being the big winner. However, pirate sites noticed a significant boost in visitor numbers as well.

This was illustrated early March in the most affected regions, a trend we could later see elsewhere too, coinciding with lockdown measures. This was subsequently backed up by a report from piracy tracking company MUSO which found measures traffic to pirate sites increased by over 50% locally.

Today, COVID-19 still keeps a tight grip on society in many countries. But there are also positive signs. In many regions the situation is starting to improve and, as a result, lockdown measures are being loosened, with people picking up life as usual.

If we look at the global visitor counts of pirate sites, this change is also noticeable. The graph below, based on data from MUSO, shows that visitor numbers started to drop again in May and are now lower than they were before the pandemic started.

The graph below includes all types of pirate sites and all countries, so it doesn’t mean that the effects are the same everywhere. In some countries, the peaks and subsequent drops were more pronounced than elsewhere, but the overall downward trend is obvious.

The type of pirate site makes a difference too. For example, the Coronavirus peak is most visible for sites that offer pirated films. This may be in part due to the fact that movie theaters closed in a lot of countries. 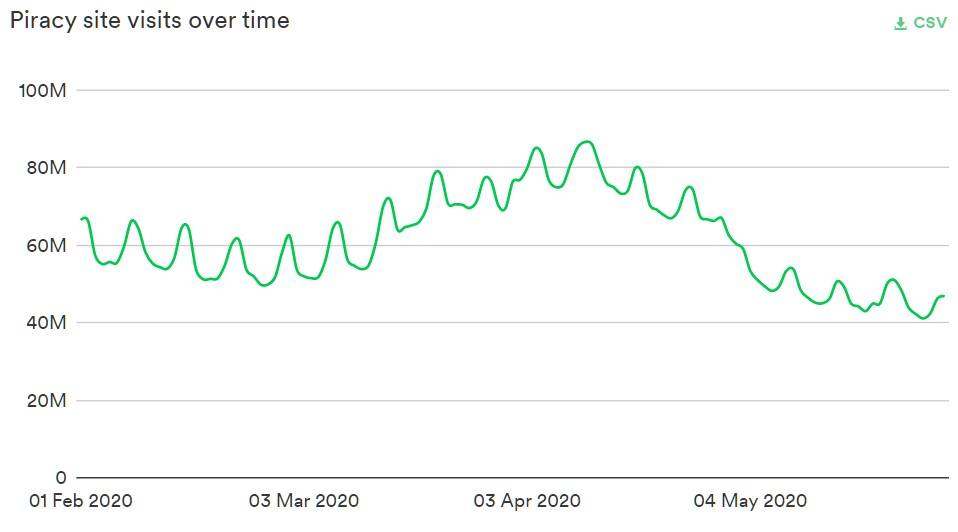 On Sunday March 1st, film pirate sites received roughly 60 million visits. This went up to 86 million on the second Sunday of April and dropped down to 46 million during the last Sunday in May.

Music piracy sites, on the other hand, were less affected by the pandemic it seems. Instead, the four-month trend shows pretty much a gradual decline. 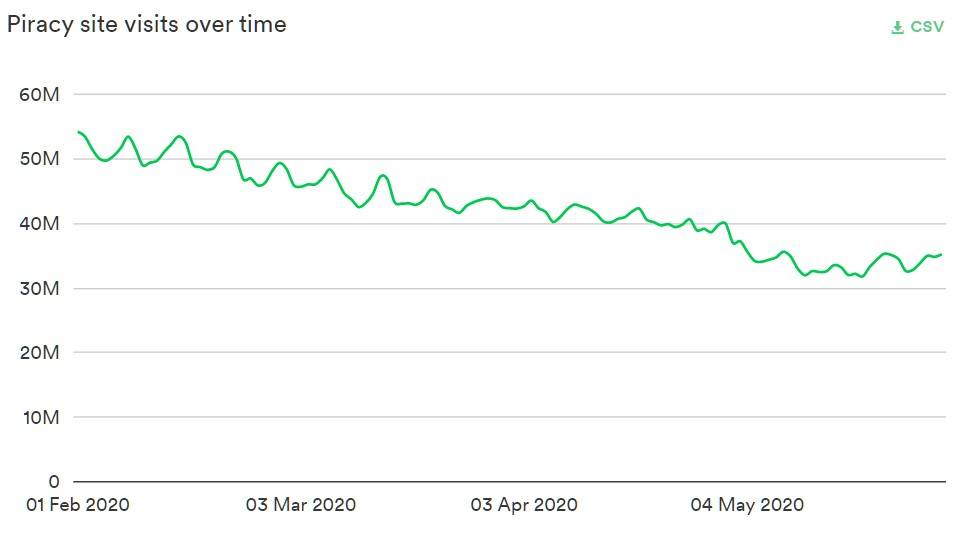 While there are individual differences between countries the peak is clearly over. In fact, the number of pirate site visits is now at a new low point, which is roughly a 25% drop compared to the start of the year.

As mentioned before, the pandemic isn’t over yet, so we should caution that traffic patterns may also change again. That said, these broad and global changes suggest that the influx of new visitors to pirate sites is not going to be permanent.