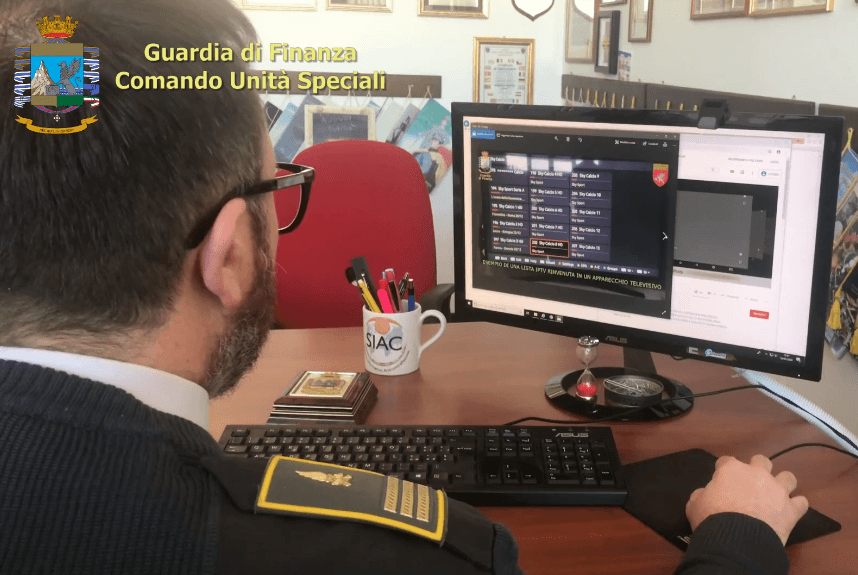 The rights to broadcast live football around Europe is a massive business but according to the major leagues, sport is being undermined by pirate services offering cheap illicit subscriptions.

This week the Premier League obtained an extension to an existing injunction compelling Irish ISPs to conduct ‘dynamic’ blocking of pirate IPTV services. Hot on the heels of that order, Italian authorities are reporting a new operation aimed at preventing piracy of matches broadcast by local top-flight league, Serie A.

Complaint from Serie A Triggers Investigation and Blocking

After receiving a complaint from the world-famous league, which plays host to Juventus and superstar Cristiano Ronaldo, an investigation was carried out by the Special Goods and Services Unit of the Guardia di Finanza, a government agency tasked with tackling financial crime.

The unit, which has carried out numerous anti-piracy operations over the years, worked with the prosecutor at the Court of Rome to construct a blocking order to disrupt their targets’ activities.

According to GdF, the Court of Rome has now handed down an order that requires local Internet service providers to block 56 servers connected to the supply of pirate IPTV services in Italy and overseas.

The agency says that it expects to render ‘unusable’ at least 160,572 illegal customer subscriptions organized within a system of seven illegal IPTV providers.

The investigation also uncovered a large network of resellers linked to the business, 900 in total, with more than 600 directly linked to customers in Italy and the remainder operating overseas. A typical package reportedly offered by the resellers contained around 450 TV channels plus 30,000 pieces of video-on-demand content such as movies and TV shows.

The action was welcomed by local anti-piracy group FAPAV, which estimates the piracy group turned over around 1.6 million euros every month.

“This is a further demonstration of the important work carried out in the fight against piracy offenses on the web. The ramifications on national territory of almost 627 resellers (plus 273 internationally) of the illegal service in question and the other numbers that emerged in this operation, once again draw attention to the real dimensions of this crime, which is often still commonly underestimated,” said Federico Bagnoli Rossi, FAPAV Secretary-General.

“It also appears that the phenomenon is increasingly rooted internationally, with cells operating abroad and in coordination with our territory. It is essential to continue on this path to avoid the proliferation of these illegal services that seriously damage the audiovisual industry.”

According to GdF, the blocking injunction is unusual in that it also covers two websites and two Telegram channels allegedly involved in the exploitation of IPTV subscribers’ personal details.

“The investigations also made it possible to identify two Telegram channels whose administrators, among other things, after hacking the aforementioned systems dedicated to the illicit dissemination of multimedia content, attempted to extort money from the ‘pirates’ who managed them with threats to publish on two websites, data and credentials relating to active illegal subscriptions,” GdF reveals.

In recent months, particularly since the demise of the Xtream Codes operation last September, reports of IPTV sellers being hacked have been on the increase. TF previously reported on at least two cases (1,2) but we are aware of more, most of which have featured attempts to extort cash in exchange for pilfered data.

The specific details of the Serie A blocking order haven’t been released to the public so it remains unclear whether it is static and likely to be circumvented with relative ease or ‘dynamic’, as is the case with the injunctions obtained by the Premier League. In any event and given the scale of the pirate IPTV business, suppliers and consumers will be looking for ways to nullify the order.

This latest move to support Serie A comes on the heels of a similar action in January which required local ISPs to block 15 pirate IPTV providers. A month later, Italian police said they had reported 223 subscribers of pirate IPTV services to the judicial authorities for “receiving stolen goods”.