Save The Music(-ians), Not The Technology! | Hypebot 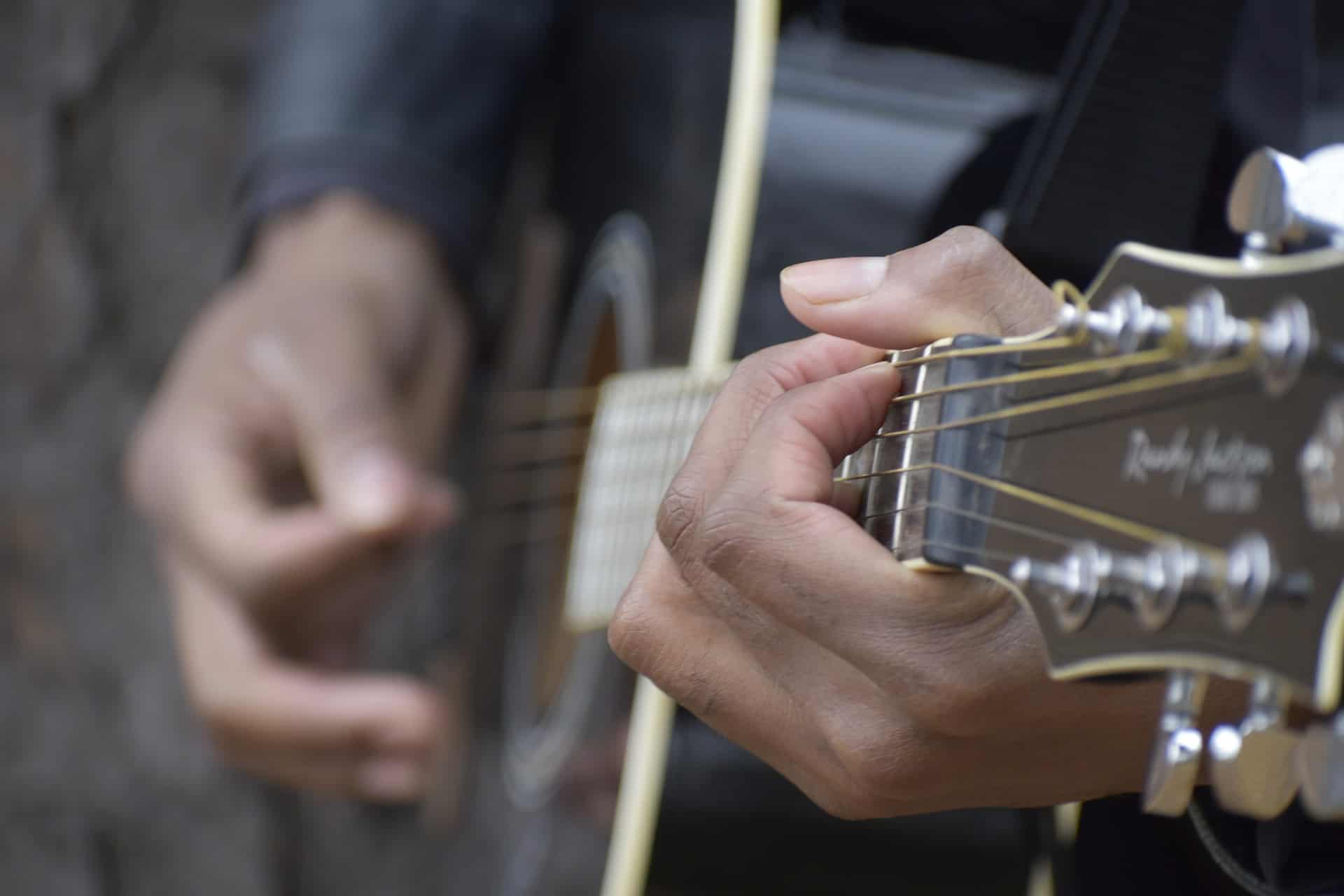 Save The Music(-ians), Not The Technology!

In this piece, Virginie Berger argues that, rather than more technology, the music industry needs its major players to harness existing tech to create a system that distributes money to creators when and where they need it the most.

Musicians are so forgotten, it is fascinating….

Curbing infections means breaking up crowds, and this is a bitter pill for musicians in particular, many of whom have come to count on touring for income and exposure since the record industry bubble burst in the early 2000s amid the rise of digital piracy. If you can’t make much money selling music, and streaming service royalties offer a fraction of a cent every time someone plays your album, and you can’t tour clubs, stadiums, festivals, or arenas, what do you do?

With mean writing incomes of only $20,300 a year prior to the crisis (= $ 1,600 monthly)  authors, like others, are now struggling all the more — from cancelled book tours & loss of freelance work, income supplementing jobs, and speaking engagements.

If this terrible forecast is the truth then music and musicians will have to depend on streaming to survive.

Two weeks ago, Spotify announced a covid-19-relief effort of its own, pledging up to ten million dollars in matching contributions, a figure close to just 0.05 per cent of its estimated market value of twenty-two billion dollars. A Princeton survey reported that only twenty-eight per cent of musicians earned any income from streaming revenue, and, when they did earn money, that amount averaged out to a hundred dollars per year.

Any industry/technology/music tech self proclaimed “innovator” and expert would tell you that musicians today have it easy. There are more avenues for exposure than ever, recording music is (or can be) cheap, and an increasing number of artists are finding success outside the traditional label system. It is theoretically possible for anyone with access to a laptop and the ability to convey a melody to become a digital sensation who has fans all over the world without the aid of big label money (though, to be fair, big label money still makes a sizable difference). Remember, it is the same guy who dismissed musicians  concerns about the streaming economy with the phrase “just tour”.

According to the Assistant Secretary for Planning and Evaluation (ASPE), the poverty line for single-person households is $11,770. If we ignore how that figure would be hard for anyone to live on in a major city (and most mid-size cities), then we can round up to $12,000 and use streaming revenue calculators to figure out how many Spotify streams someone would need to sustain themselves.

Of course, if the artist has a label deal the record company would get paid before the artist. Depending on the amount owed to the label, the artist may need millions of addition plays to see the same amount of income themselves.

We have no reason to presume that we deserve rmusic for nothing, or next to nothing, just because digital technology makes it possible or because the recording industry has a checkered history. But that is what we are doing.

We can’t attend concerts anymore. And probably for a long time. There is an energy at a rock and roll show and if I am worrying about standing six feet away from somebody, that’s not it. The tourism industry is also going to take a huge hit because music venues and bars are a lot of the reason why people travel.

During the coronavirus crisis, musicians are taking to social media to broadcast gigs from home. But is anyone earning any money from them, and is this sustainable?

Since the coronavirus pandemic ensured the cancellation of tours, festivals, promotional trips and studio sessions, artists all around the world have broadcast home sets online. For particularly successful musicians, a request for donations is not necessary. They have that privilege.

Live streaming is a fair short-term substitute considering no one is leaving their homes.

And successful musicians hosting complementary live streams – giving their music away for free – devalues artists’ work across the board.

I fully support free live streams on social media and I think is incredible but I’m an advocate of artists charging for their labour whenever possible. It is important to put value on your work because people consume what musicians make so freely and without thinking about it enough, even before all this. Giving things away for free doesn’t help.

And what about the current pressure for artists to stream from home? In the streaming economy, you have to release more music than ever, you constantly have to put singles out on Spotify, you need content on Instagram… Musicians have to invent an awkward new medium of performance and busk for tips when people could just buy their record…

The transition from sales to streaming is a tragedy for most of the artists. It only works for a minority of artists who make work that complements the goals of streaming platforms or the majors that unduly dominate them.

Live streaming feels like a distraction that actually perpetuates the dominant narrative that streaming will be music’s salvation. We have to be vigilant.

Of course, it may be some time before the music industry is able to deliver those experiences again. For now, musicians must work out how best to monetise streaming. Later, when lockdowns are lifted and artists head back out on tour buses around the world, the question will be how to rebuild the industry’s infrastructure.

Tech has failed, often spectacularly, to remake the world of music. We were promised an industrial revolution. What we got was a revolution in consumer convenience.

All of that code, technology advocates argue, has increased human ingenuity by allowing individuals to tinker, talk, and trade with unprecedented ease. This certainly feels true. Who could dispute the fact that it’s easier than ever to record music, market a video game, or publish an essay? But by most measures, innovation is in decline.

Rather than foster innovation, the music and tech giants have grown so large that they scare off entrepreneurs in their path.

The internet’s tools were supposed to shatter legacy empires, free untapped creativity, and spread wealth. Instead, the tech powers have become as cutthroat and anticompetitive as the companies they once aimed to replace.

Perhaps it’s time to reconsider the wisdom of placing such a big bet on technology.  Don’t forget that Silicon Valley’s most profitable business model has been to construct expansive systems for tracking and manipulating human behavior….

While Youtube is officially launching a fund for supporting creators, Google is trying to use a national emergency to advance its agenda. 140+ education and research orgs and individuals wrote WIPO DG Francis Gurry to “encourage WIPO to take a clear stand” on “how important intellectual property limitations and exceptions can be” in response to coronavirus. Many Google funded anti-artist group opportunistically using the COVID-19 crisis to advance a big tech enriching  copyright agenda…

Creative workers are amongst the hardest hit by COVID-19. Yet this letter suggests eliminating licensing “that inhibits access to culture.” So yeah, let’s eliminate licensing. Brilliant!

The idea that technologie could swoop in and solve all of music’s problems was always an illusion.

Perhaps if artists were paid at a more reasonable rate as a standard, the current crisis may not have become as destructive as it has been with so many of the industry living week to week. Meanwhile ASCAP just sent out an email basically claiming it has zero dollars in the bank to distribute to artists for the foreseeable future.

The business of copyright and data might get the needed improvement while we are all working from home. We don’t need more technologies. We need innovation here. And we already have the answers. But neither big music companies or music tech don’t seem very interested in implementing it while we already all the technologies allowing us to do it!

This applies to any music service collecting and distributing money to musicians: startups, music publishers, PROs, record labels, and more. Simply put, if your business involves sending a cut of revenue to artists, simply pay faster, and pay more.

Nowhere is the “but this is how we’ve always done it and it’s too late to change it now” mentality more problematic than at music companies. There’s no excuse anymore. It’s 2020. The internet isn’t new.

Instagram should really be paying all the musicians, DJs, and other entertainers going live on their platform.

We don’t need more technologies for “connecting artists and fans” or “revamping live music”.  We have plenty of that. We need to find ways to increase the monetization. We need to make people pay. We need platforms to take responsibility. And we need to develop innovative rights. Technologies without clear monetisation is not the answer…

We need innovation. We need the big players from the music industry and music tech to build a system to distribute money to creators when it’s needed most.

We have to make sure artists’ voices are not lost. The big players from the music industry should focus on preserving its hard-won diversity.

What remains in the streaming landscape isn’t a community but a single bad habit shared by an entire culture. We have unlearned that music requires a committed audience just as much as it requires musicians.