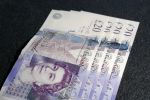 The UK's Musicians' Union and The Ivors Academy have teamed up for a campaign called 'Keep Music Alive' which the two organisations say "aims to ‘fix streaming’ and calls for industry stakeholders to come together to agree an equitable, sustainable and transparent model for royalty distribution in the streaming era".

It kicks off this morning with an online petition calling for the British government to "urgently undertake a review of streaming" to "ensure that the flow of money is transparent and fair for the whole music ecosystem". It's already closing in on its initial target of 1,000 signatures, after being emailed to musicians this morning.

The campaign is related to (although also distinct from) the #BrokenRecord movement that's been building a head of steam in the UK in recent weeks, started by musician Tom Gray, who's also on the songwriter committee of The Ivors Academy. Note, the 'Keep Music Alive' campaign is aimed at labels as much as it is at streaming companies.