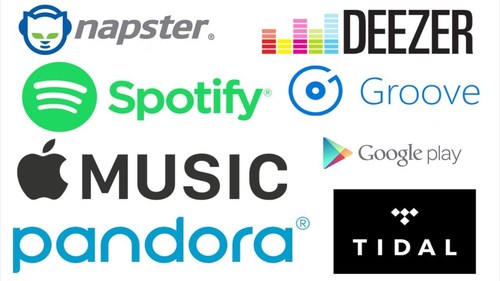 While streaming platforms take a lot a flak from artists for their often extremely low royalty payouts, most of the major streaming companies are stepping up in the current crisis to help bands and artists weather the hardships of the pandemic.

You might hear artists and bands badmouthing the various streaming music distributors about their low royalties, but at least many of those streaming companies are trying to do their part to help the music community get through the hardship of the times. Just about every major streaming company has dedicated money in that regard, some more than others.

For instance, Apple Music announced that it was setting up a $50 million fund specifically designed to help indie labels and music distributors. To qualify a label must have minimum quarterly earnings of at least $10,000 in Apple Music earnings, which equates to around 500,000 streams. Passing this point means that a company would then be able to draw a one-off advance payment on future royalties.

Amazon Music has allotted an undisclosed amount to the MusiCares and the Recording Academy’s Relief Fund. SoundCloud has pledged $15 million in creator support, and Spotify has committed $10 million.

All of this pales in comparison to the $100 million relief fund set up by Netflix for those working in movies and television. The company may have deeper pockets than SoundCloud and Spotify, but certainly not Apple or Amazon, two companies that seem to be weathering the COVID-19 environment fairly well.

On the other hand, TikTok announced that it was contributing around $375 million, but most of that is to be distributed not so much to the music community but to others in need like health care workers, medical supplies and hardship relief. Of that, $25 million is for ads to help trusted organizations deliver crucial public health information and $100 million is for ad credits as businesses look to rebuild.

The point here is that it’s good to have companies that depend so much on creators giving back in a time of need. The sad part is that they have to do it in the first place.