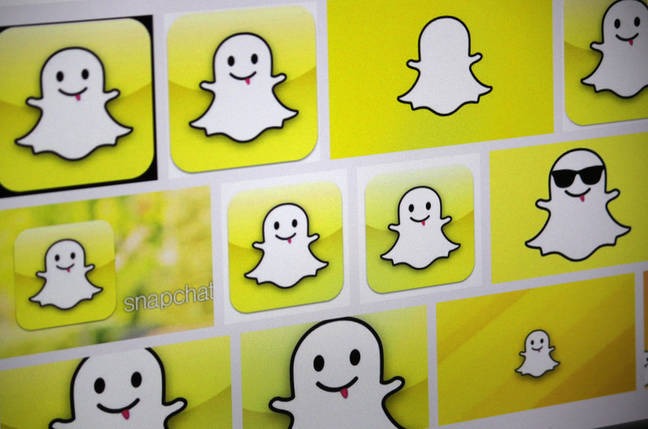 "I thought we [could] change one letter of a big brand and make a business and it [would be] alright," wailed a photographer who tried to blag £1m from Snapchat before Nominet stripped him of his ripoff domain name.

The dot-UK domain name registrar published a dispute judgment earlier this month detailing the comedy of errors that saw the clueless 'tog forcibly parted from the domain name snapchats.co.uk.

Having registered snapchats.co.uk, East Londoner Muhibur Rahman built a photo business website on it. He even managed to get the site listed on Trustpilot.

Inevitably, Snapchat, the global photo-sharing app, noticed and in June 2019, it wrote to Rahman "asking him to cease use of the Domain" and transfer it to them.

All was not as it had appeared: investigators for the US brand who pored over snapchats.co.uk found "several examples" of Rahman "misrepresenting the work of third parties as [his] own".

Unhappy with Snapchat's demands to hand over the domain name, Rahman told its lawyers he would only give in for £1m. He even wrote to them: "If Snap Chat declines to offer me any sort of payment, I will not close my business and I will want Snap Chat to take legal action on me [sic]."

Unlike its core product, Snapchat did not go away within a few seconds. Instead its lawyers went to Nominet's quasi-legal Dispute Resolution Service (DRS) in January, cited all of the company's global trademarks on the word "snapchat" and asked the DRS to take the domain name off Rahman. Everyone who buys a dot-UK domain name signs up to Nominet's Ts&Cs allowing the DRS to do this very thing if it decides that your new domain name infringes someone else's trademarks.

When the DRS asked Rahman what he had to say in his defence, he sent them this single paragraph:

A poker-faced Micah Ogilvie, the DRS expert deciding the case, noted: "Whether it would be sensible to incur the risks of formal legal action through the courts is a separate matter."

He went on to find that "it can be inferred that it was, and has always been the Respondent's primary intention to sell the Disputed Domain based on its value as a famous mark" and ordered that snapchats.co.uk be transferred to Snapchat, which told the DRS it currently has "210 million daily users".

The DRS's full decision can be read here [PDF].

Not every DRS decision goes the way of business: Pusher Ltd lost an attempt to regain control of pusher.co.uk last year after forgetting to renew it on time. ®