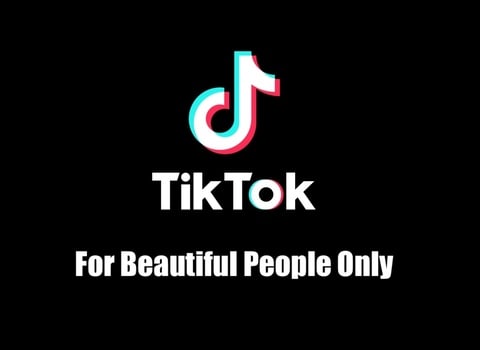 TikTok Great For Artists (Provided You’re Not Ugly Or Overweight)

Already raising some eyebrows in the U.S. government owing to its suspected ties to the Chinese government, TikTok is facing a new round of scrutiny in the wake of recent news that the video sharing app’s moderators have been instructed to censor content from anyone deemed too overweight, too thin, too ugly, or even too poor.

TikTok is already under a lot of suspicion by the U.S. government because it’s owned by Bytedance, which is a Chinese company that reportedly has ties to the Chinese government. The latest news about its moderators being especially tough on certain groups of users won’t help its case much, as a report from The Intercept how exclusive the app can be.

The company reportedly told its moderators to censor content from anyone they believed to be ugly, overweight, disabled, or poor, using specific terminology like “abnormal body shape, chubby, have obvious beer belly, obese, or too thin.”

It gets worse though, as there were policies in place for people with dwarfism as well as people with “eye disorders, crooked mouth disease, and other disabilities.” It doesn’t stop there either. The policy is “not limited to: disformatted face, fangs, lack of front teeth, senior people with too many wrinkles, obvious facial scars, or facial deformities.”

And the fun doesn’t stop there. Its moderators were told to not promote content that was created in areas like “slums, rural fields (rural beautiful natural scenery could be exempted), dilapidated housing,” or “construction sites,” according to the leaked document.

This was all to keep the For You section of the app as attractive as possible, which barely makes some sense on a commercial level but is very wrong when it comes to a social network that’s supposed to be for everyone.

A spokesperson for TikTok told The Verge that the policy was never applied in the U.S., and another one told The Intercept that “most” of the policies are no longer in place or were never implemented.

Of course it gets political as well. The moderators were given guidelines to permanently ban anyone found to be  “endangering national security” or “national honor and interests,” which is pretty much what you could expect from the Chinese government.

As a point of reference, the TikTok app is banned by most U.S. government agencies, all branches of the military, and the TSA.

Yes, it’s fun to watch people getting silly. Just remember that you might not be seeing everyone that wants to participate, and if you’re an artist, it might happen to you too.