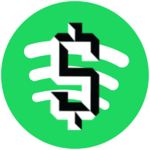 Spotify has a new strategy to generate revenue – ask artists and record labels to pay to promote their music.

Spotify has already launched a new tool called Spotify Marquee, which provides users with notifications when an artist releases a new album or song.

As Bloomberg noted, Spotify’s push for new ad revenue comes as Spotify is under pressure to turn a profit. Spotify generated more than $6 billion in revenue in sales in 2019, primarily from subscriptions but much of that goes directly to rightsholders and labels as royalties.

Of that 6 billion, only $678 million, roughly 10%, was generated by Spotify’s ad business, trailing behind rival streaming services and other digital brands such as Twitter.

“Partners are seeing how powerful and effective it is,” Beck Kloss, Spotify’s vice president of product and strategy for creators told Bloomberg. “We’re seeing repeat purchases from early customers, and on average, more than a quarter of users who see a Marquee listen to the promoted music, making it one of the most effective digital marketing tools available.”

However, Spotify’s plans may be causing consternation with their label partners, who may see Spotify’s effort as a bid to rake back some of the money it sends to labels and artists in the form of royalties. Smaller labels are also concerned that such pay for placement arrangements may leave those without the deep pockets of the major labels out in the cold.

“People aren’t very happy about it,” A2IM’s Richard Burgess told Bloomberg. “Some labels feel like they’d promote music to people they will reach anyways, and it just reduces the royalty you make.”