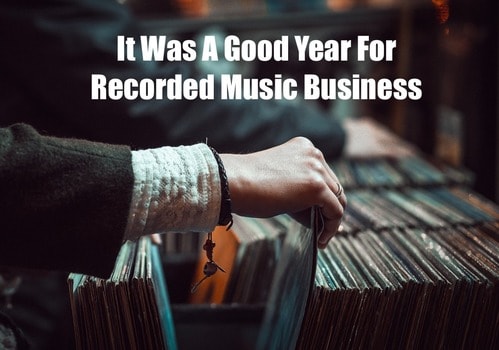 Recorded Music Industry Had A Great Year, Courtesy Of Streaming

The numbers are in, and 2019 was quite a winner for the music business, with the recorded music industry pulling down more than $11 billion dollars, thanks in large part (although not entirely) to streaming.

The numbers from last year are out and there should be celebrations in music executive offices everywhere in the country. The recorded music industry in the U.S. had a great year in 2019, bringing in a touch over $11 billion for a 13% improvement on the year before, according to the latest figures by the RIAA.

It’s probably no surprise that the revenue increase has come primarily through streaming which was up almost 20% and now accounts for almost 80% of the industry income. To put that in perspective, last year’s streaming revenue on its own was larger than the entire U.S. recorded-music sector in 2017!

It’s easy to think that this increase is all because of paid subscriptions but that’s not the case. Ad-supported tiers accounted for almost $1 billion on its own. Regardless, the numbers were huge as more than 500 billion songs were streamed to more than 100 million listeners in the United States just on the free tiers.

A big surprise is how physical product still remains a viable part of the business. Despite the many predictions of its demise, revenue from CDs and vinyl dropped just 0.6% last year and is still a billion dollar business. It’s true that CD revenue dropped by another 12%, but the revenue still stands at a robust $615 million based on sales of 46.5 million units.

Vinyl sales were up another 19% last year to a whopping $504 million which is its highest level in 32 years! We might see much of the same in 2020 but look for that to drop in years hence due to the lack of master lacquer discs thanks to the Apollo Masters fire.

Although physical is holding its own, the same can’t be said for digital downloads. This format fell by 18% to $856 million, which is still a substantial sum and larger than most people would expect. It’s the lowest revenue in that category since 2006.

All in all it was a great year for the recorded music industry with no end in sight. Except for the possible glitch in vinyl manufacturing, the future looks rosy for the industry.