Spotify is launching a new program called Radar to promote emerging artists. Actually, it’s 19 ‘sister’ programs across the world, which will feature 36 artists for 2020.

Those musicians will get slots on Spotify’s programmed playlists – including a dedicated ‘On Our Radar’ playlist – as well as other types of marketing support and editorial content on the streaming service.

For example, Alaina Castillo is the first Radar artist in the US, and will get a documentary distributed through Spotify; support with music videos; a set of ‘Spotify Singles’; and will be part of an event called ‘A Colors Show’, in partnership with music firm Colors Studios.

(Strangely, this is one of the few recent Spotify announcements not to mention podcasts, but you’d think there will be scope for those to be part of Radar too, at some point.)

Other artists among the initial list of 36 include Young T + Bugsey from the UK; Agnes Nunes from Brazil; Dora, Aleesha, María José Llergo, Guitarricadelafuente and Paranoid 1966 from Spain; and Fujii Kaze, Vaundy and Rina Sawayama from Japan (where the program will be called Early Noise rather than Radar).

Most of the artists chosen for Radar have monthly listeners in the low hundreds of thousands on Spotify, although some (like Young T + Bugsey with 2.9 million and Indonesian artist Mahen with 1.8m) have more.

This is not the first time Spotify has tried this kind of initiative for emerging artists. Back in 2014, the company launched a program called Spotlight, offering marketing and promotional support. MØ and Foster the People were its first two global artists alongside Frankie Ballard and G-Eazy in the US, As Animals in France and Marteria in Germany.

Then, in 2017, Spotify replaced Spotlight with a new program called Rise, which kicked off with Kim Petras, Lauv, Russell Dickerson and Trippie Redd. The plan was to support a new group of artists every quarter, with Lanco, Jorja Smith, Karol G and Rex Orange Country (in April 2018) and King Princess, Joji and Lil Baby (in October 2018) following.

Then things went quiet, with reports suggesting that Rise might have been abandoned following the departure of Spotify’s global head of creator services Troy Carter. In the meantime, rivals continued with their own programs: Apple Music’s Up Next, Vevo’s Lift and Deezer’s Next for example.

Now Spotify is rejoining the battle to identify and support emerging artists through a structured program, with Radar. Ned Monahan, who joined Spotify from Interscope Records in December as its head of global hits, told Music Ally more about the plans.

“We want to give developing artists the opportunity, both on and off platform, to have the marketing push of an established artist. We want to provide up-and-coming artists with the resources and access to integral marketing opportunities that will take them to the next step in their careers,” he said.

“Since we are in 79 markets worldwide, we wanted to scale the program from a global standpoint making it bigger and better than ever before, unified under one cohesive brand.”

Monahan added that while Radar is a global program, local teams will be adapting it as they think necessary for their markets.

“Each market will support their Radar artists based on their needs and local market expertise, tailored to what success looks like in their individual markets, all under our emerging artist umbrella,” he said.

The US plans for Alaina Castillo are an example of that, but Monahan explained how other regions will be following their own paths.

“Across LatAm [Latin America] each of the markets are selecting artists to be showcased through a new cross-region editorial approach. With this, the team has developed platforms to showcase emerging Latin American talent to the world, starting with the Radar award at last week’s Spotify Awards in Mexico,” he said.

“Our team in the Middle East are launching a program that identifies artists with the potential to break across borders by creating new recordings of cultural collaborations in Spotify studios around the world.”

How is Spotify choosing which artists to include in Radar? “The artist selection is informed by a combination of data and editorial decision making, with each local team being given the autonomy to choose the artist that makes sense for their region,” said Monahan.

How long will Spotify be supporting each cohort of Radar artists before choosing a new crop?

“Our commitment to these artists will be ongoing for between six months to a year, so while we will continue to pick new artists for the program, this initial launch will set up this first batch of artists in 2020 for long term career success,” he said.

“Discovery happens so quickly in the streaming era, and artists who have overnight success are sometimes not sure of what to do next or how to sustain their momentum.”

“With Radar, we are choosing artists that we believe in, who are having early success, and aim to give them the building blocks that will put them on a path towards long term growth and success.” 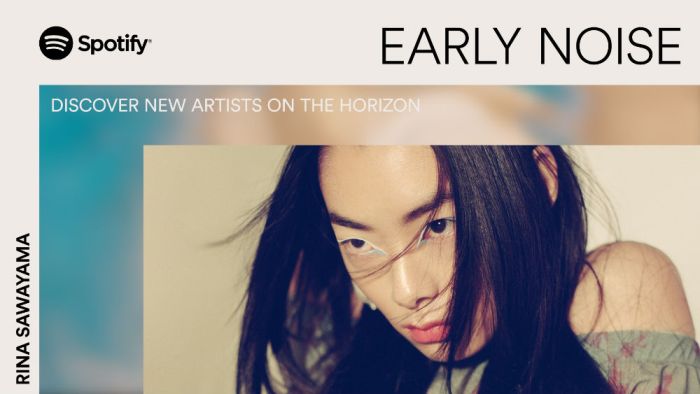 The full list of that initial group of artists is below: Music Ally looked up their monthly listener totals on Spotify at the time of writing for extra context: