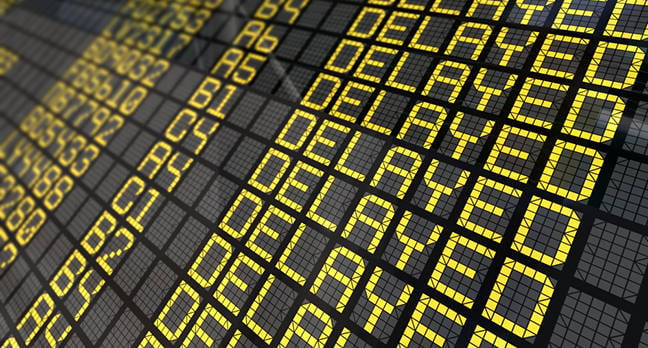 IT contractors may breathe a sigh of relief: the implementation of Britain's IR35 controversial tax reforms will be delayed by a year due to the coronavirus pandemic, the UK government has confirmed.

The decision was announced among a £330bn financial package for the UK economy that includes a business rate holiday, providing loans for companies, and financial assistance to airlines.

Speaking at in Parliament on Tuesday evening, Chief Secretary to the Treasury Steve Barclay said: “The government is postponing the reforms to the off-payroll working rules, IR35, from 6 April 2020 to 6 April 2021.”

He said the suspension is in “response to the ongoing spread of COVID-19 to help businesses and individuals,” but insisted it will still go ahead as planned the following year.

“This is a deferral, not a cancellation, and the government remains committed to reintroducing this policy to ensure people working like employees but through their own limited company, pay broadly the same tax as those employed directly,” he added.

Many corporations decided to institute a blanket ban of personal service companies (PSCs) rather than risk being financially liable for a tax bill should their contractors be deemed in scope of IR35. That list includes big banks such as Barclays, Lloyds, RBS, Deutsche Bank, and HSBC, as well as pharma giant GSK and defence titan BAE Systems.

A much-anticipated government review, initiated earlier this year, offered contractors a number of concessions, but nonetheless allowed officials to forge ahead with the planned changes. The chancellor's omission of any mention of the reforms from his budget speech last week had done little to quell contractors' concerns. The results of a separate review by the House of Lords were expected over the next few weeks. Now it matters not, for the time being at least.

James Poyser, CEO of inniAccounts and founder of the offpayroll.org.uk campaign group, welcomed the pause as it “means that contractors can now switch gears and put all of their energy into the wider challenges we’re all going to face.

“We’re going to have to keep a watching brief on the market in the coming months. Whilst the wider economy is due to enter a turbulent period, it's clear by the scale of the £330bn financial measures made available by the Treasury today that the government wishes to keep the economic engine running as much as they can. We hope these two factors combined have an impact on the contracting market.”

Over at the Association of Independent Professionals and the Self-Employed (IPSE), director of policy Andy Chamberlain said the British government’s decision on IR35 was “sensible.”

“These changes have already undermined the incomes of many self-employed businesses across the UK. However, they would have done even more serious damage if they had gone ahead as planned. It is right and responsible to delay the changes to IR35 for at least a year during the Coronavirus crisis, to reduce the strain and income loss for self-employed businesses,” he added. ®